Explore topics connected with our churches through our online lecture series

Our lectures are all free to get involved with and we Livestream them via our Facebook page, this allows you to really engage with the talk and to submit your questions live. These lectures are recorded and will be available to watch afterward. 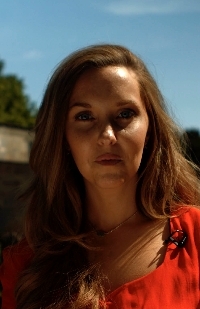 When we think of the pre-Reformation parish church, prior to King Henry VIII’s supposed “stripping of the altars”, the image conjured is often of an arena of visual delights; filled to the brim with all the smells and bells of traditional Catholicism—a highly sensory type of worship that offered attractions to the eyes and ears, above all. This stands in sharp contrast to the often austere, suppressed perspective of sixteenth-century Protestantism, with its focus on the Word of God through text, prayer-books, and vernacular scripture. We tend to think of the post-Reformation parish church as an austere devotional environment, devoid of the images, relics, incense, music, vestments, tastes, and textures of late-medieval religion. But, how true is this picture? And was Henry VIII, who we love to blame for the changing of our church in the sixteenth century, really the perpetrator? This lecture will unravel the reality of his role—and who might actually be responsible.

This talk is given by Dr Emma  J. Wells. Dr Emma is an Ecclesiastical and Architectural Historian specialising in the late medieval and reformation parish church/cathedral, the senses, pilgrimage, saints as well as built heritage more generally. She is the Programme Director of the PGDip in Parish Church Studies in partnership with the CCT at the University of York. Her book, Heaven On Earth: The Lives & Legacies of the World’s Greatest Cathedrals, is to be published by Head of Zeus in Autumn 2021. 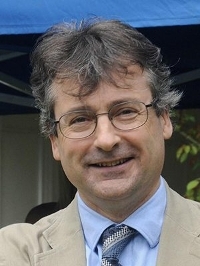 Thursday 11th June, 1pm - Images on the Edge - churches, manuscripts, and the world of Chaucer's Japes

Medieval England was famous for its marginal art - bizarre, funny and playful images crowd the borders of illuminated manuscripts and peek out at us in parish churches.  But what were they for?  Did they have deeper political meanings or were they there to amuse?

This talk is given by Professor Paul Binski FBA. He is Professor of the History of Medieval Art at Cambridge University. He has written and lectured extensively on the art and architecture of Western Europe in the Gothic period. After achieving his PhD in History of Art from Gonville and Caius College, Cambridge in 1984, he stayed on as a Research fellow until 1987. He has since taught at Princeton, Yale, Manchester, but returned to a post at Cambridge in 1995.

His publications include Gothic Wonder: Art, Artifice and the Decorated Style 1290-1350 (2014), which won 2016 the Historians of British Art Book Award for Exemplary Scholarship on the Period before 1800; and Westminster Abbey and the Plantagenets (1995) which won the Longman-History Today Award.

He is a Fellow of the British Academy, the Society of Antiquaries, and of Caius College, Cambridge. He gave the Paul Mellon Lectures, 2002-2003, at the National Gallery, London and Yale University. He was Associate Editor of the periodical Art History, 1992-1997, and is presently serving as a Foreign Advisor for the International Center of Medieval Art, The Cloisters, New York. An enthusiastic musician, organist and harpsichordist, in his spare he chairs a charity devoted to propagating performance knowledge of organ music, the Cambridge Academy of Organ Studies. 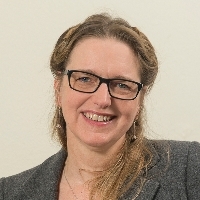 This talk explores the carved cadaver memorials in England. It places them in their theological and vernacular religious context, as well as providing a little information on where they sit in relation to images of the dead in medieval culture, and their connection to the body. It also touches on how they may have been sculpted. A few of the examples will be explored in some detail and the two at Winchester Cathedral will conclude the talk. There'll be lots of images and the talk will take an inter-disciplinary approach to a very unusual form of English mortuary art.

This talk is given by Dr Christina Welch, Senior Fellow in the Department of Theology, Religion and Philosophy at The University of Winchester. Dr Christina is a leading authority on late medieval carved cadavers, she recently developed a dedicated website exploring those found in England, Wales and Scotland dating from c. 1425 to 1558, as well as carved cadavers found in Ireland. Find out more about late medieval carved cadavers. Dr Christina is also the Programme Leader for the MA in Death, Religion and Culture at The University of Winchester. 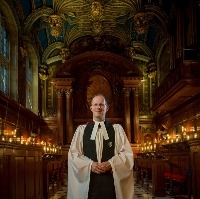 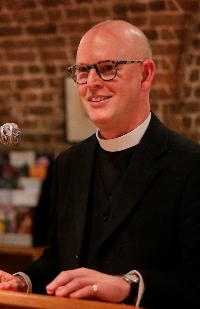 Do you know much about Oak Apple Day which takes place on 29th May each year? Did you know that King Charles I is a saint? Through this fascinating talk, explore the history of the day along with why King Charles the Martyr is regarded as such and what he did to earn this title.

This talk will is given by Fr Charles Card-Reynolds, Chaplain to The Society of King Charles the Martry and Parish Priest at St Bartholomew's on Stamford Hill

Sign up and get a reminder for the talk here