We've made a very exciting discovery at St John on the Wall in Bristol recently:

Our dedicated St John on the Wall research team have been telling us for a while that their research suggests a medieval wallpainting once existed on the west wall of the church.

By trawling through Bristol's records and archives they uncovered some convincing evidence. A letter written by Mr Clerke - Vestry Clerk of the church in 1828 - speaks of a fresco painting, ‘crowded with figures, the costumes of which and the lettered labels in their mouths, as well as the total absence of perspective, bespeak the whole to be of great antiquity'.

The team discovered a stunning painting (below) by Joseph Mann from 1826 gave us a glimpse as to what this wallpainting might have looked like. 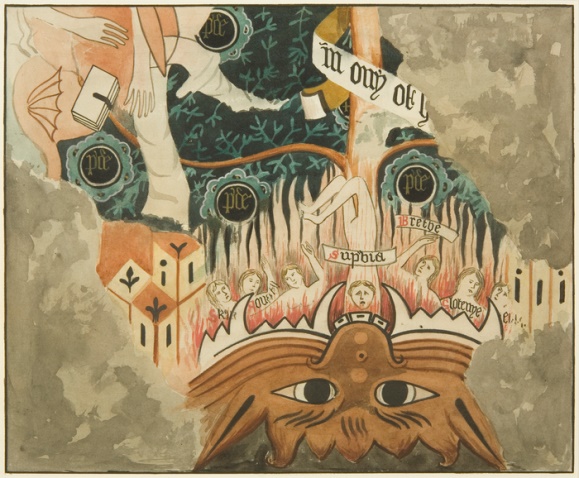 The team were keen to find out if there were fragments of this image still surviving after 600 years. After some initial investigations from our research team leader, Keith Stenner, we invited Kalypso Kampani - Art Conservation and Restoration Consultant - to come and have a look.

Through patch testing, Kalypso worked through layers of limestone wash to uncover the first layer of paint that ever covered the walls of the church, which we can date to the 1400s. Whilst the small patches don't reveal what the image is, Kalypso tells us that 'typical medieval pigments like yellow and red ochre, charcoal or lamp black, lime white, blue azurite and mixtures of the previous pigments like green and orange were revealed.'

We are currently discussing the next steps for the wall paintings, but do pop in for our daily tours between 11am - 2pm, Monday - Friday, and our volunteers will be happy to show you the work so far. Click below for more information.