With 2019 being our 50th birthday, we’re taking the opportunity to celebrate and reflect on all the wonderful ways we bring life to the churches in our care.

Towards the end of last year, we invited India Electric Company – an electric-folk duo, described by The Telegraph as “bursting with invention and full of surprises” – to tour a number of our churches. The concerts were a huge success, drawing audiences from all over the country to hear innovative and exciting music performed in atmospheric, historic spaces.

We interviewed them about their experience…

Can you tell us a bit about yourselves, and your music?

Sometimes folk, sometimes not, we use traditional instruments in contemporary styles to explore diverse themes from Eastern Europe, Irish traditions and urban alienation to end up with something probably best described by BBC Radio 3 as “quirky and glittery - a veritable musical magpie’s nest”. We both grew up in rural communities in East Devon but have since moved to various cities and have been heavily influenced by the contrasting musical traditions and styles those foundations give you.

What was it that appealed to you about working with the Churches Conservation Trust?

It coincided with the completion of our trilogy of EPs exploring different musical and folk themes from the Country and City and our aim of bringing concerts to more rural communities and work with the local people in creating a musical setting with a historic backdrop. It felt like a perfectly symbiotic setting to perform in, given the role rural traditions and folk songs have played in the material we have released over the last two years. 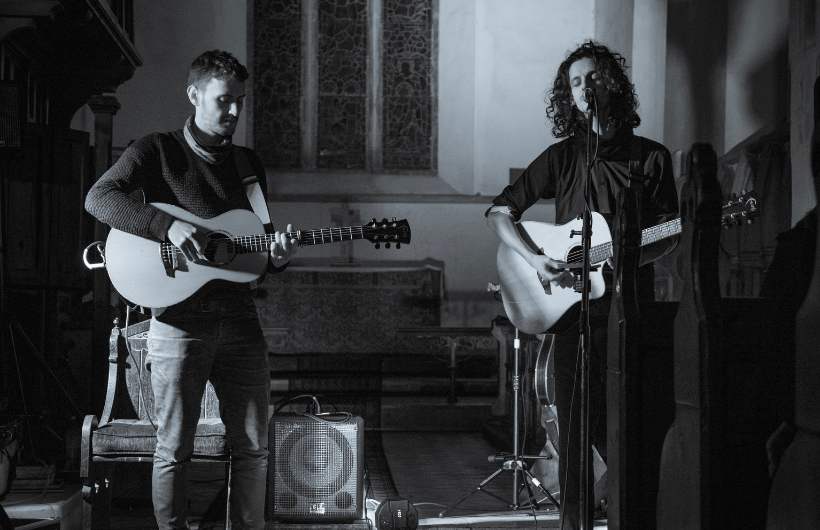 How has your first tour in CCT churches been?

It has been completely magical and beyond our expectations. Every concert has been totally unique made by the incredible surroundings, the intimacy of the performances and the people who have attended. It’s been a privilege meeting all the volunteers who have such passion for their church and getting to perform these songs in such historic backdrops was completely surreal!

What are the challenges / rewards of playing in these spaces?

The sound is so radically different in each church. Some have such long and powerful reverb, we really had to strip back some arrangements to keep the sound clarity. Each church carried the sound in its own unique way. Obviously playing in Saxon buildings with no heating meant a few more layers than normal! 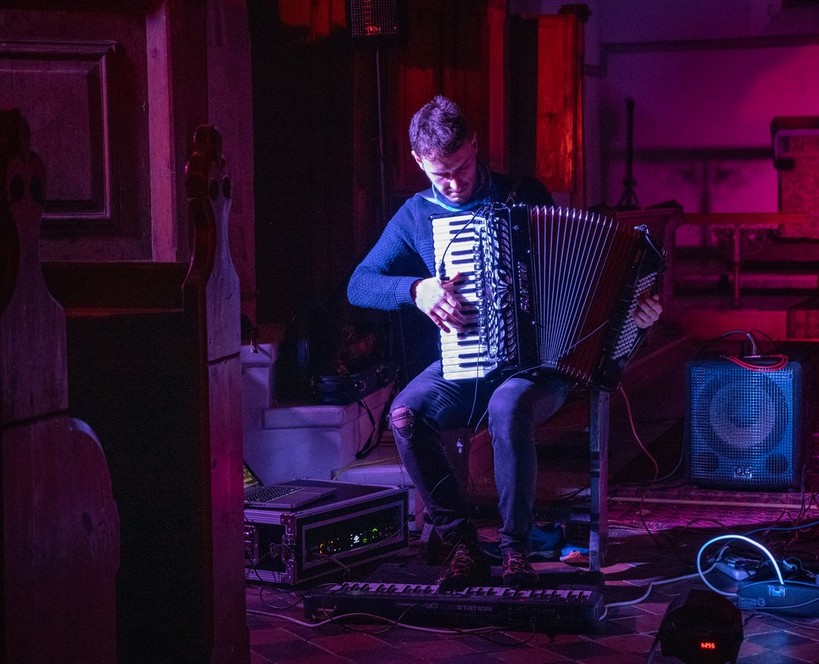 Has playing in churches affected or inspired your music or performance?

Absolutely! We’ve spent quite a few years playing in theatres with in ear monitors and big lighting rigs which are wonderful but you don’t have the same connection with the audience or the real sound you are making. There is always an element of improvisation within our performances and this was made even more joyous by these spaces. We’re hungry to visit more in 2019!

If you could have anyone cover one of your songs, which song and who?

Cole: Scott Walker with our track Lost in Translation

Joe: Being a sell-out, I’d have to pick Ed Sheeran to cover our longest song…

Who, past or present, would you like to make a record with?

Cole: I’d like to have recorded the water and rain on a Lhasa De Sela album.

Joe: I wouldn’t mind getting Bill Evans in on keys for the next album.

Which album would you save in a house fire?

Cole: The Gloaming’s first album on vinyl...and I may try and grab my mini-disc collection of obscure songs my brother recorded for me in the 2002.

Joe: Kind of Blue by Miles Davis...after I had rescued my fiddle.