Holy Trinity, Sunderland is the focus of our 2017 Annual Appeal. Here, we explore its grand architectural ambition.

Construction of Holy Trinity began in 1718. It is built of brick laid in Flemish bond with some small remnants of tuck pointing at the east and west ends of the nave. It has sandstone dressings and a low-pitched slate roof. In plan, it forms a seven-bay rectangle with west tower and apsidal east end. The roof was originally covered in lead but was raised in 1803 by Thomas Wilson a local engineer who designed the iron bridge across the river Wear (1793-6). The nave and aisles are of six bays and the tower, lobbies and vestry take up the seventh. Each bay has a large round-headed window with stone surround, moulded imposts and triple keystone. Constructed in the Baroque style, the elevations and spacious interior arrangement are largely unaltered.

There is no recorded designer of the church and although unsubstantiated suggestions have been made linking it to Vanbrugh or Hawksmoor, it is more likely to have been designed by an informed amateur perhaps guided by pattern books, or by a craftsman such as William Etty of York. There is a blue plaque outside the church attributing its design to Etty but this claim has not been substantiated. Etty did, however, carve the font and it has been suggested that he may have provided further designs to be carried out by local craftsmen. The building bears little comparison -  except in general plan - to the only church known to be by Etty: Holy Trinity in Boar Lane, Leeds.

The conservation and repair issues facing Holy Trinity are of such magnitude and cost that they endanger the future of the building. The principle factors affecting the church and its ongoing decline are centred around moisture and water ingress at both roof level and below the ground, and a lack of ventilation or breathable construction. 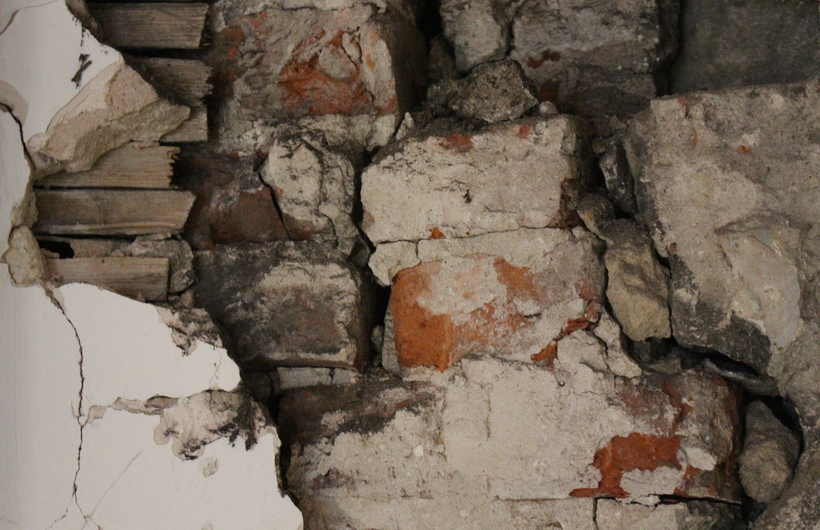 Holy Trinity, Sunderland is collapsing. It is a Grade I listed building. It is one of just two Grade I early Georgian churches surviving in the northeast of England. It has been on the Heritage at Risk register for several years and has been nominated as one of the ‘7 Most Endangered’ buildings in Europe. Click here to visit the appeal page.