The 13th century Church of the Holy Sepulchre, Warminghurst, West Sussex, has  undergone a major conservation project, which included the re-roofing of the building with local Horsham stone slates.

Work was recently completed and the Friends group, led by Rachel Webster, celebrated with a garden party last Friday which was attended by over 90 people.

The guests of honour were Sir Simon Jenkins, CCT Trustee, and Architect for the project, Nicola Westbury. Both Sir Simon and Nicola spoke about the importance of churches in the English Landscape and the fascinating details of this project in particular. 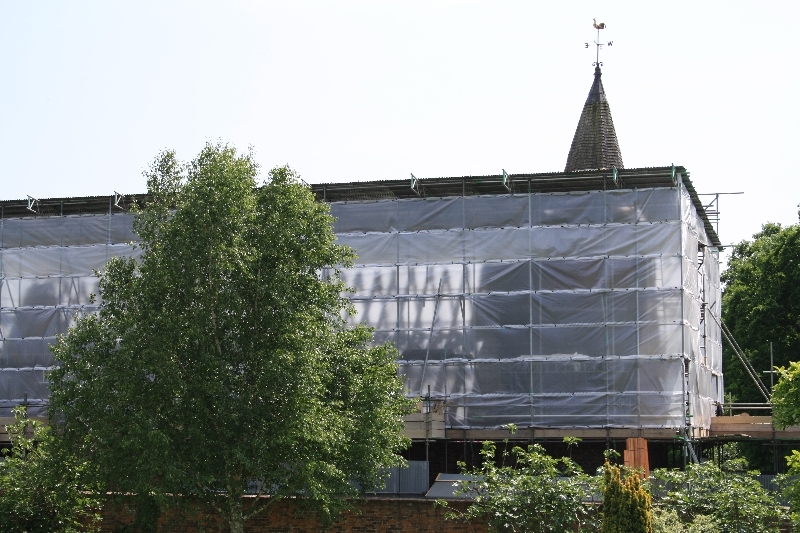 Above, the church was completely boxed-in with scaffolding during the project

Local volunteers started noticing problems with the roof in 2014 when increasing amounts of mortar began to fall down and rain and snow found its way through the ragged roof lining. Due to the historically important nature of the interior, it was imperative that preventative action was taken to ensure the building was made watertight.

The local Friends group began to fundraise and managed to raise £25,400. This amount was supplemented with funds from CCT and a grant from The Listed Places of Worship Roof Repair Fund. 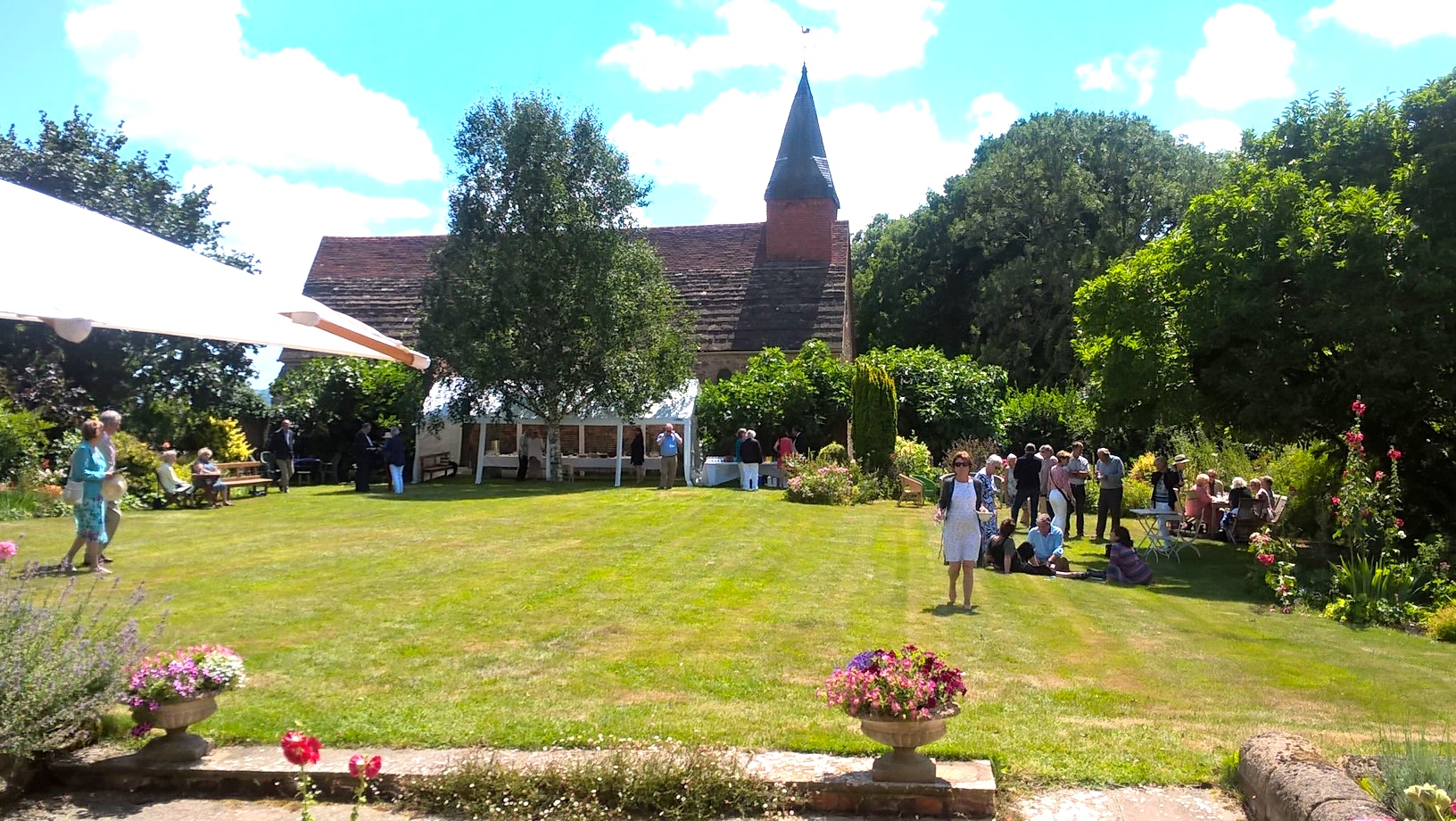 Above, guests enjoy the garden party in volunteer, Rachel's garden, next door to the picturesque church

Work started in April 2016 with the building completely boxed in with scaffolding. On removal of the Horsham stone, the structure was found to be very precarious, which extended the project by nine months, with extra repairs needed to the ancient roof beams.

Peter Aiers, Director, North & South East, CCT, says: “The fact that we’ve been able to replace the Horsham stones slates on the roof of this building is particularly gratifying. This local roofing material has been used in West Sussex for centuries and provides a very tangible link between this beautiful church and the rich landscape of the South Downs. I’d also like to say a big thank you to the Friends group and volunteers who have contributed to the cost of this project - we couldn’t have done it without them!”

Find out more about The Church of the Holy Sephulchre, Warminghurst, here