St Peter's Church, Edlington in the coalfields of South Yorkshire, came into the care of The Churches Conservation Trust (CCT) in 1971. The church was in a sorry state and had had its roof and windows removed in an attempt to turn it into a ruin. At this time, many historic buildings were falling into disrepair and no formal mechanism existed for caring for churches where parishes felt they could no longer afford to keep going.

CCT was originally established in 1969 as the Redundant Churches Fund, a unique partnership of church, state and charity which was the result of tireless campaigning by a pioneering group of 1960s church heritage enthusiasts. 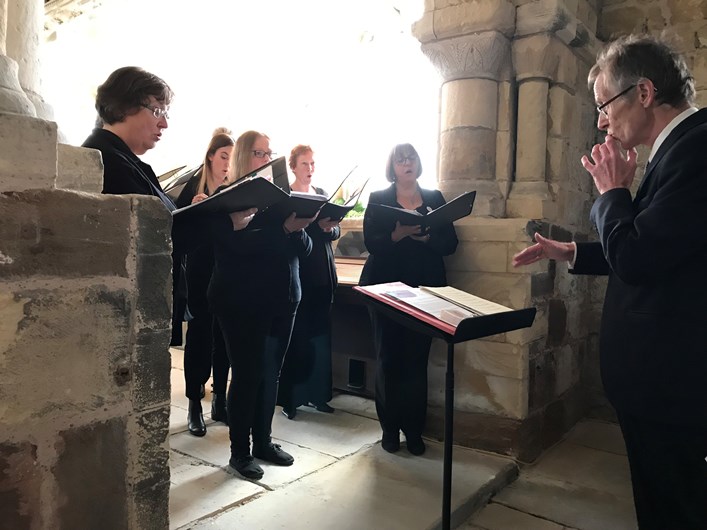 St Peter's is a Grade I listed medieval church in an area with few other historic or community buildings. However, since being rescued by CCT, a new roof was installed and the future of the church secured. St Peter’s is now a frequently used community and arts building, which is valued and cared for by the local community.

2019 is CCT’s golden anniversary year and our local communities and volunteers will be holding a series of special events at Trust churches across England. The anniversary celebrations began at St Peter’s recently with a special event organised by volunteers, which included a local choir who sang music from the ages. CCT Chief Executive, Peter Aiers, who attended the event said:

It was such a great treat to make it to Edlington for the first event of our programme to celebrate the CCT being in existence for 50 years. Edlington is the perfect starting point as it was the first church that the CCT saved. It was in a terrible state after being abandnoned and neglected. We put a roof back on and have been caring for it ever since.

I am proud that the CCT has reached 50 and now, more than ever, we have an important role in the future of historic churches in this country. There is a great danger of historic churches becoming irrelevant even though they tell a story of everyone and they have the most profound relationship with the place that they are. The CCT has prepared itself, using all that 50 years of experience, to be a champion and support for communities who use and love their historic place of worship.

Our historic churches are vested in us by the Church Commissioners of the Church of England, repairing the damage from sometimes years of neglect, and working with local communities to bring them alive again. Our vision is for historic churches to be enjoyed by everyone as places of heritage, culture, spirituality and beauty and for the significant contribution they make to communities, society and the economy.

Find out more about our 50th Anniversary celebrations here