On behalf of the Chief Executives and Boards of the Churches Conservation Trust and the Heritage Alliance, we are very sad to have to announce the sudden passing of our Chair of Trustees, Peter Ainsworth. He has been a passionate advocate for heritage; he will be greatly missed.

Peter was appointed Chairman of The Churches Conservation Trust in July 2016 and was made Chair of the Heritage Alliance in 2018. Latterly he also sat on the Rhodes Commission.

Peter has given over 30 years of commitment to public life and has made a significant contribution to the heritage sector. His involvement in heritage dates back to 1995, when he was appointed Parliamentary Private Secretary to the Secretary of State for National Heritage. He was a member of the DCMS Select Committee in 2009-10.

Peter was UK Chair of the Big Lottery Fund (Now National Lottery Community Fund) from 2011 to 2019 and was a Board member of the Environment Agency. He was also previously Chairman of Plantlife International and the Elgar Foundation.

A former investment banker, Peter was a founding partner of sustainability consultancy the Robertsbridge Group. He was also a Patron of the College of St Barnabas, a residential community of retired Anglican clergy in Lingfield, Surrey.

Oliver Dowden, Secretary of State for DCMS said "It is with deep sadness that I learned today of Peter's death. He was unfailingly kind, charming and a committed public servant, which he demonstrated most recently as a passionate Chair of the Churches Conservation Trust and the Heritage Alliance. We will miss him greatly, and my thoughts are with his family at this difficult time."

The Churches Conservation Trust is really grateful for Peter’s five years as Chair, seeing the organisation through a change of Chief Executive, the implementation of a new strategy and the pandemic.

At the Heritage Alliance, Peter chaired the organisation through the pandemic which has greatly affected many of our members, and we are grateful for the way in which he both supported the Alliance’s growth and tirelessly championed our 150+ organisations in a time of great need.

Peter was passionate about effecting positive change and ensuring heritage is understood as a public good.

Our thoughts are with Peter’s family at this time. 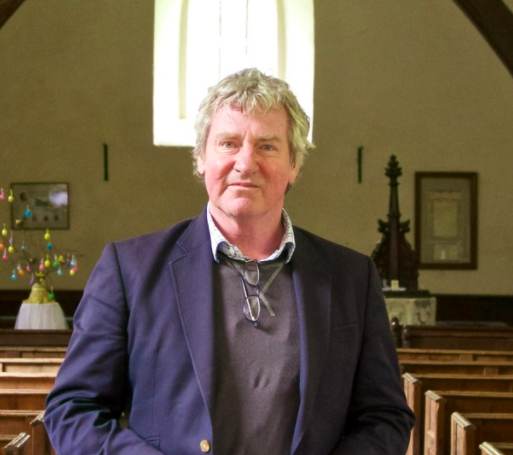 Peter's family are kindly asking for donations in memory of Peter to be made to the Churches Conservation Trust. If you would like to make a donation please follow the link below.