2018: The Year of Northamptonshire Churches

2018: The Year of Northamptonshire Churches is organised by Northamptonshire Surprise, an initiative launched in 2017 to promote the county’s significant tourism offering and to strengthen the local visitor economy and communities. Its Year of Churches builds on last year’s hugely successful focus on historic houses, which attracted increased visitor numbers to historic houses countywide against a backdrop of declining numbers elsewhere in the country. 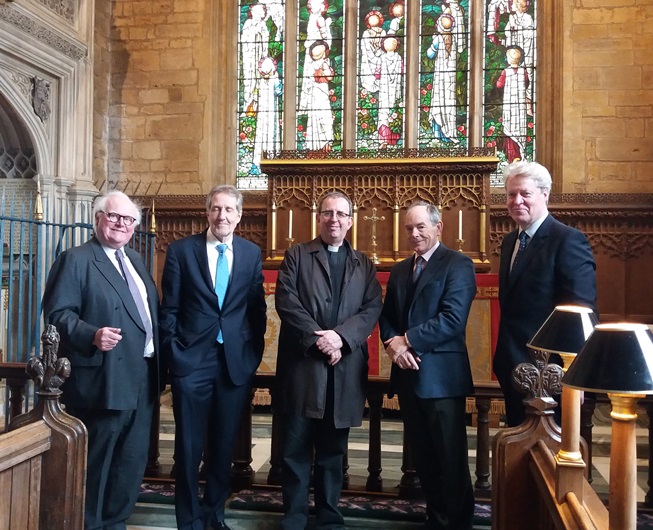 2018: The Year of Northamptonshire Churches will put the county’s churches firmly on the map and inspire both local people and visitors to discover their beauty and diversity. It will also create a lasting legacy in the form of a website www.northamptonshiresurprise.com containing an online treasury of 100 churches. This list also includes ten churches in the county under the care of The Churches Conservation Trust, including St Peter’s Northampton (known as the best Norman church in the country) and the first ever Champing™ church of All Saints’ Aldwincle.

From Brixworth, the largest remaining 9th century church of its type in Europe, to Ninian Comper’s 20th century masterpiece of St Mary’s Wellingborough, Northamptonshire boasts some of the most glorious churches in England in every architectural style: gothic, baroque, renaissance and Victorian. Its churches are also rich in history. Royal Fotheringhay is associated with Richard lll and Mary, Queen of Scots. Great Brington is linked to George Washington and the Spencer family, and Ashby St Ledgers with the Gunpowder Plot.

Allchurches Trust, one of the UK’s largest grant-making trusts, is a principal funder of 2018: The Year of Northamptonshire Churches. Allchurches’ Chairman, Sir Philip Mawer, said: “We salute this project for bringing so many different sectors of Northamptonshire life together to promote the county’s churches. Civic and religious leaders, art historians, tourism experts and local communities: all these people know how special these churches are. We’re glad to be helping them open their doors to the wider world.”

The Revd Richard Coles, Vicar of Finedon and BBC Radio presenter, said: “Northamptonshire, traditionally the county of squires and spires, may be low on squires nowadays (though there are a few), but its spires endure, the finest in England, from the showpieces of Kings Sutton and Higham Ferrers to the solid broaches of Ringstead and Broughton. The towers aren't bad either, think of Earls Barton's Saxon strapwork and Titchmarsh's perpendicular splendour. And the churches they dignify are stuffed with treasures, from the Greene tombs at Lowick to the soaring neo Gothic of Comper at Wellingborough. As the temporary custodian of one of the county's finest churches I commend them all, in their variety and loveliness.”

Simon Jenkins, author of the best-selling England’s Thousand Best Churches and a Trustee of the Churches Conservation Trust, said: “Northamptonshire's churches are among the finest in the land. They are its greatest public gallery of art and architecture. They embody its history down the ages. Churches are the visual focus of every settlement and the social focus of every community. They are infinitely precious, and infinitely lovely. We should all enjoy them, and we should protect and save them.”

The Earl Spencer, author, print journalist, and broadcaster, said: “Northamptonshire is a gem of a county, with a rich heritage that, frankly, demands to be celebrated. The array of great houses has long been a thing of wonder, one 19th century traveller noting that “country seats and villas are to be seen at every step”. Similarly, the glorious churches scattered through Northamptonshire are a match for anywhere in England. As a man who is so proud of this underappreciated county I think it’s fantastic that all these amazing buildings are now being enthusiastically presented to the outside world as “must see” destinations. It’s a genuinely exciting development, and it is one that has my full support.”