Our Regional Estate Officer explores a world beneath our feet...

"As I am currently undertaking the very onerous task of visiting several churches across Suffolk and Norfolk, I thought I would share some the treasures I find along the way.

"The first church my tour took me to was All Saints at Icklingham in Suffolk, This church really is in the middle of nowhere. Crossing the dewy overgrown churchyard with a thick mist rising before me, I pushed open the heavy silvered oak door and stepped into the soupy atmosphere of the church. The early 14th century five light window to the east eeked in bleak morning light, the Norfolk reed thatch had a certain (not unpleasant) mustiness and the backless ancient pews looked terribly unforgiving.

"The bareness felt upon entering the church belies the wonders held within, which reveal themselves slowly. For me, the greatest treasure was the early 14th century mosaic to the chancel floor. 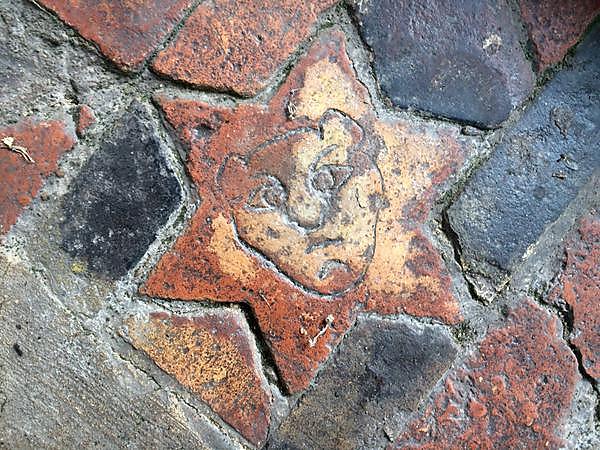 "These tiles are both plain and line-impressed and vary in colour, shape and pattern. There are star impressed tiles with lion masks, there are faces (possibly the four Evangelists?), there are characters in coronets, there are turtledoves and daisies… all combining to form a wonderfully playful mosaic. 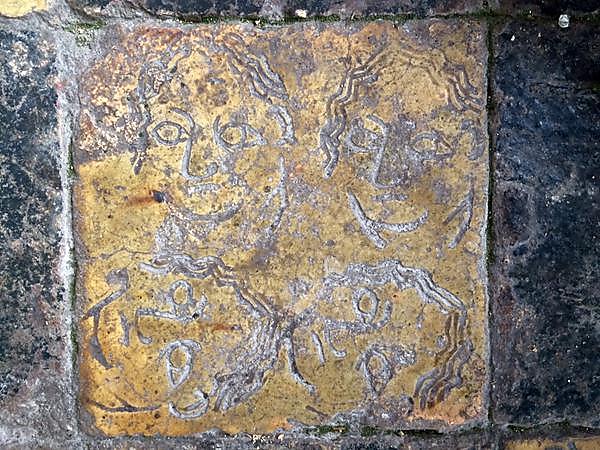 "Colour was achieved by applying white slip (clay diluted with water) to the tiles, which was then painted with different coloured lead glazes. As well as the true mosaic, some tiles are pseudo-mosaic, in that a single tile is scored to give the appearance of two tiles. 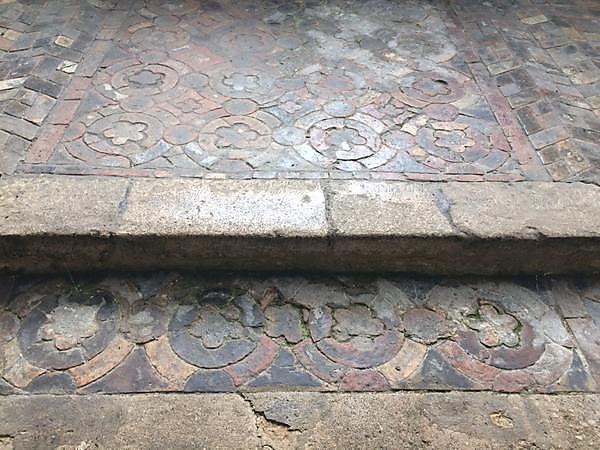 "What’s especially interesting is that these tiles were supplied by the Benedictine Abbey at Ely Cathedral. More specifically, it is likely that these tiles were designed by the same craftsmen who designed and installed the decorative floor of Prior Crauden’s Chapel (c.1324). Indeed, some elements are incredibly similar – I found this replica tile from the Prior Crauden Chapel – it is almost identical to the lion mask found in the six-pointed star tile at Icklingham.

"I was particularly taken by the stylised turtle-dove tiles (below).  These dainty little tiles are still crisp with decoration despite the centuries of feet which have traipsed over them. Turtle-doves, a symbol of faithfulness (in particular of the church to Christ after his death), are a common motif, but I love the simplicity of the Icklingham design. I found a strikingly similar example, complete with roundel frame, in the 12th century Aberdeen Bestiary, which could have formed the design inspiration for these tiles. 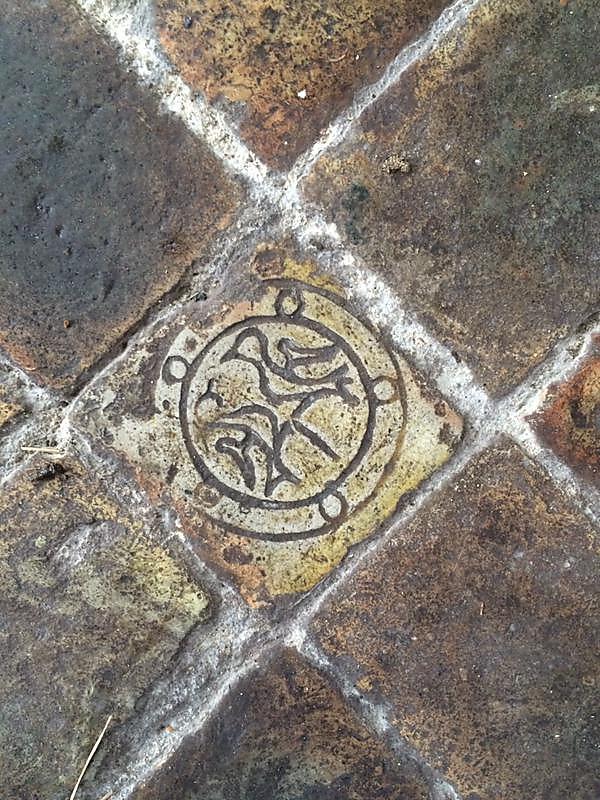 "It is incredible that this unassuming roadside church flaunts a floor fit for one of England’s greatest cathedrals. And if that wasn’t enough, it is amongst the largest expanse of medieval tiles surviving in East Anglia. If you get a chance, you really should go!"