Steel and Ermine in Suffolk

"Church-crawling never disappoints. No matter where you go you will find something exciting - it needn't be anything grand - sometimes all it takes is a tiny fragment of Medieval stained glass still hanging in there or some weird and wonderful infilled openings. But I must admit, I get such a thrill from finding a great whopping monument. Especially the types that don't immediately reveal themselves - the types found lurking in darkened chapels or transepts.

"The Church of St Mary the Virgin at Redgrave in Suffolk has two such treasures. The first is the early seventeenth century effigy to Sir Nicholas and Lady Anne Bacon (pictured above). Sir Nicholas was a courtier, member of parliament and the first man to be created a baronet by James I. Subsequently, Robert Bacon, the 5th baronet, sold the Redgrave Estate in 1702 to John Holt, the Lord Chief Justice and it is to him that the second fabulous monument is dedicated.

"For purposes of brevity here, I will just look at the Bacon monument, my favourite of the two. The white marble tomb was commissioned by Sir Edmund Bacon following his father's death in 1624. The sculptor was Nicholas Stone, who later became master-mason to both James I and Charles I. 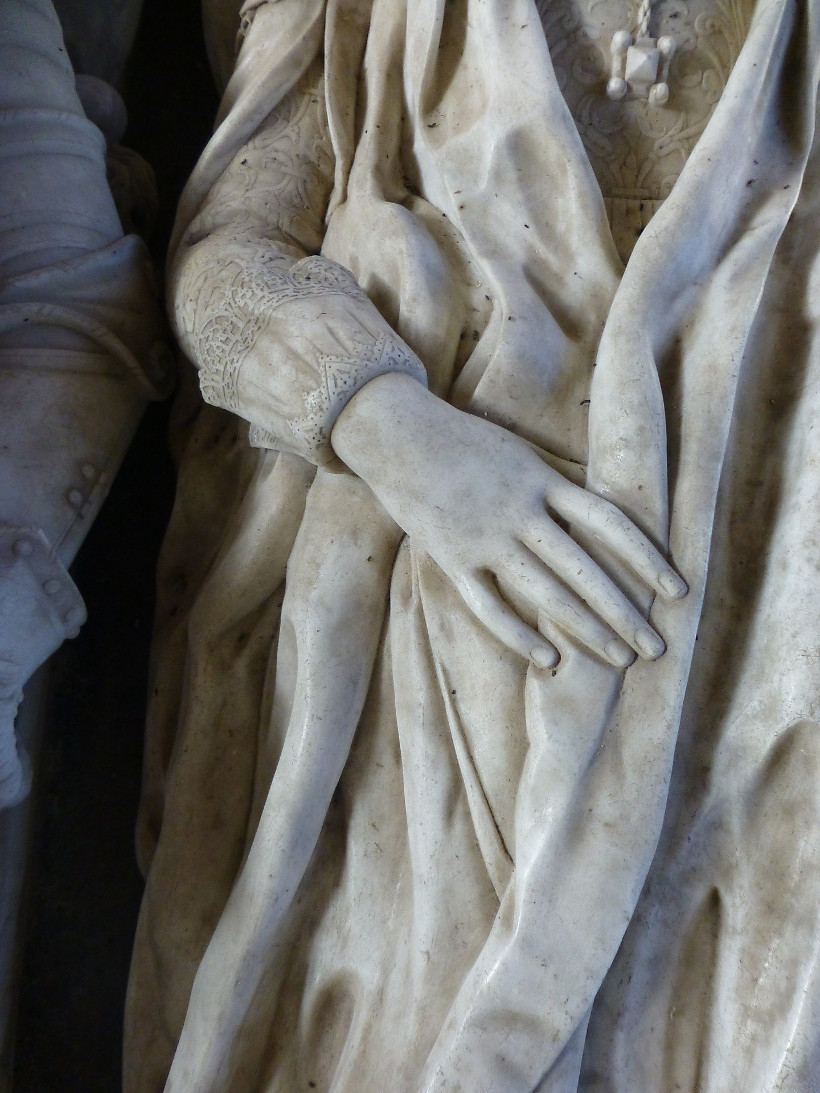 "This monument is simply exquisite. Stone achieves incredible movement in the soft folds of fabric of Lady Anne's dress, they appear weighty and weightless at once. The brocade and lace detail is intricate yet sumptuous. This fluidity of material is a stark contrast to the rigidity of her husband's full-plate armour. 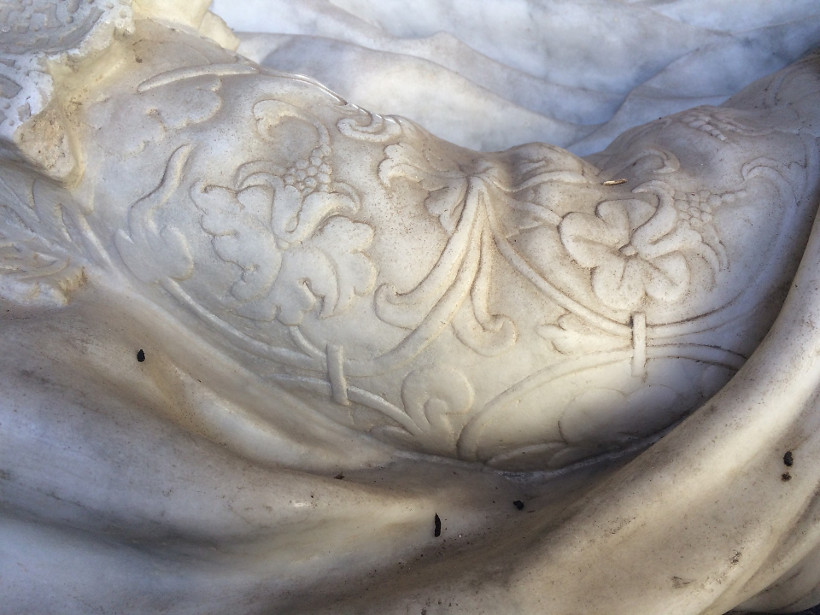 "Sir Nicholas's armour bears resemblance to the style which emanated from the Royal Workshops at Greenwich. Indeed, the pauldrons and helmet show particular traits of this Greenwich style in the way in which the plates are arranged and modelled. Whether the sculptor based this on Sir Nicholas's own armour is uncertain. What is certain is that Stone's attention to detail - to every clasp and rivet - is so great that a fully-functional suit of armour could be replicated from his sculpture.

"What's interesting to me is that by 1600 it was increasingly conservative to wear full plate armour, yet the continuation of this armour in effigies and portraiture continued throughout 17th century as the nobility looked to their forebears to imitate the enduring image of the traditional, heroic, armoured knight. 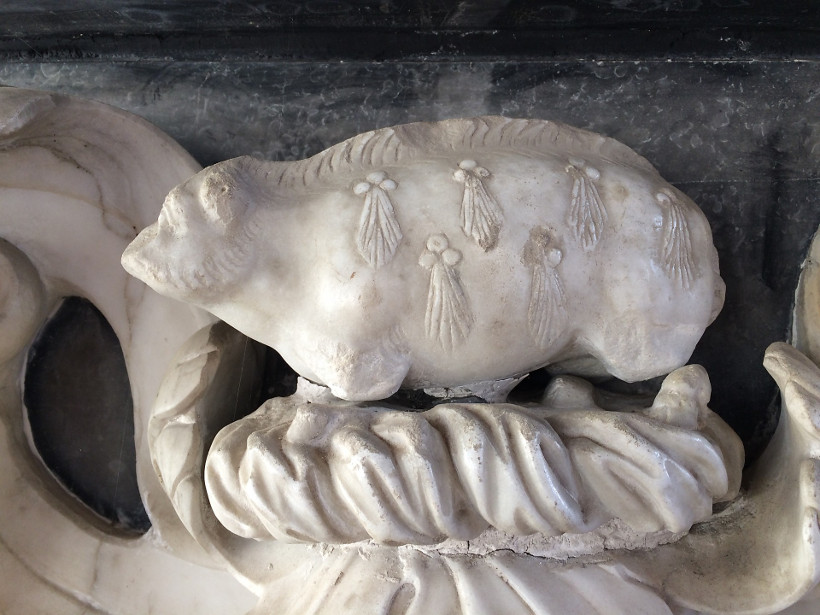 "And if armour isn't your thing, there is also a pig in ermine..."