"Spring fever came to St John's at Llanrothal in Herefordshire on 12th March when a group of local residents came together for a working party to clear the churchyard. Over the years it had become overgrown, but a fantastic turnout of nearly 20 people armed with an array of mechanical and manual tools temporarily transformed the normally tranquil churchyard into a hubbub of sawing, cutting and burning. 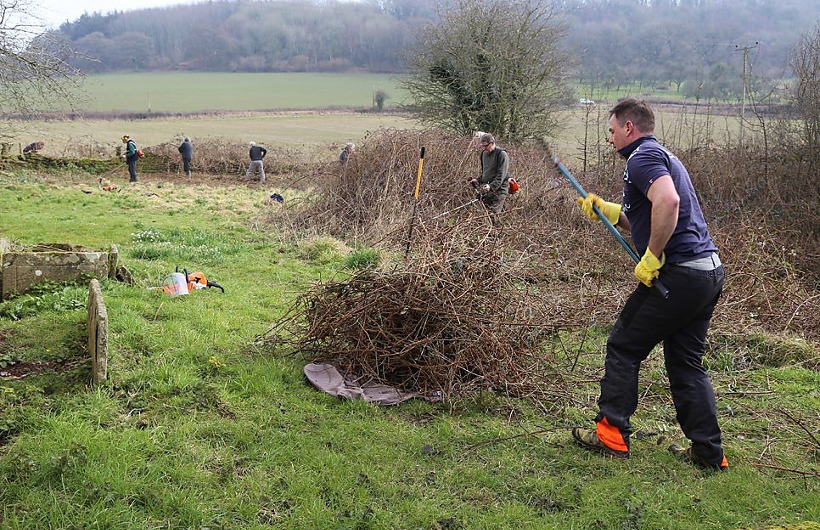 "After only 3 hours there wasn't a bramble left standing and the long lost boundary walls and headstones had re-emerged to the light of day. Going forward, local volunteer Sue Parkinson now hopes to manage the churchyard as a wildlife friendly space.

"Another development at Llanrothal is the reinstallation of a handsome pair of oak altar rails, originally from the church but moved to the tiny church of St Faith at Welsh Newton Common when Llanrothal fell into disrepair in the 1940s (before the church came into the care of the CCT ). With the recent closure of St Faiths it has been possible for them to return home."