Earliest evidence: St Swithun’s is one of the 8 ancient parish churches within the city of Worcester. Tim Bridges in his book, the Churches of Worcestershire, suggests that it’s dedication to St Swithun means it may have had a pre-conquest origin. He also states that as it falls within the bounds of the old Saxon town this is also supporting evidence for an earlier foundation. Local archaeologist Tim Weeks reportedly also believes it to lay on the site of an earlier Saxon church. 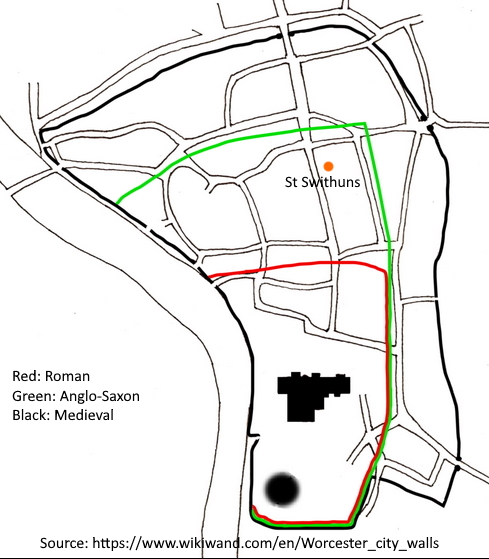 As far as the records go it is first mentioned in 1126 when Eudo, Dean of Worcester, granted permission for a nearby Benedictine Priory to build a church on his land. There are several Benedictine priories and monasteries in Worcestershire but the nearest possibility for this is what we now call the Cathedral.

There are reputed to be 68 English churches which were dedicated to St Swithun, putting him amongst the top few English Saints in terms of Church dedications. Most of these churches are in Southern England and there are none in other parts of the United Kingdom.

The Medieval Church: The pre-18th century church is thought to have been one big nave with a north aisle and tower at the West end. It is likely that the medieval church had a crypt too but this could have been back-filled by the builders during the 18th century demolition and rebuilding – alternatively it could still be down there. The north wall is medieval up to the base of the windows and in 1911 there was a substantial restoration effort here and one of the things they found when putting in the door to the vestry was some Norman vousoir stones (the rounded arch).

During repairs to the roof in late 2019 / early 2020 two more decorated Norman Romanesque stones were discovered high in the South wall. 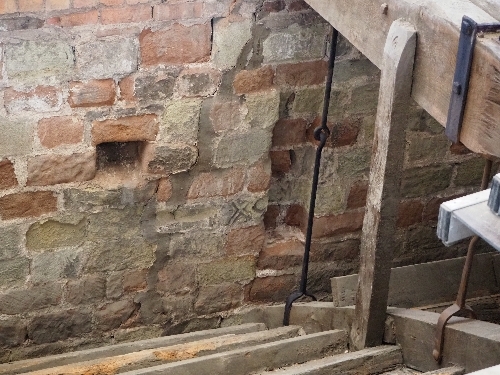 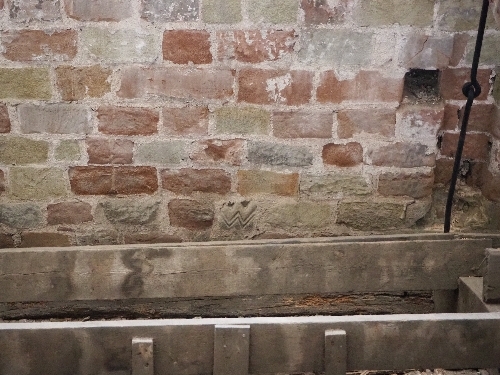 It has also become clear that several medieval moulded timbers were incorporated into the roof structure during the 18th century rebuild. It is not certain exactly what structure these were part of in the medieval church but the level of decoration and length of the timbers suggests they could have been part of a screen. 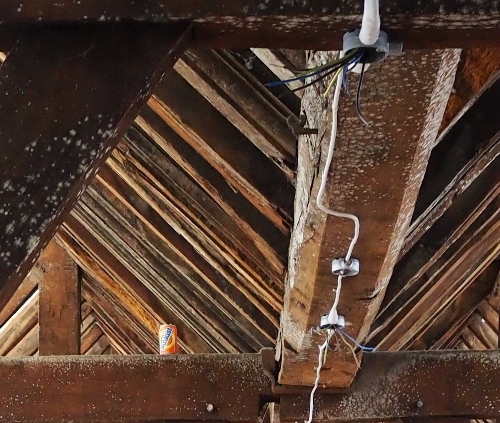 Many of the tiles on the roof are medieval as well. 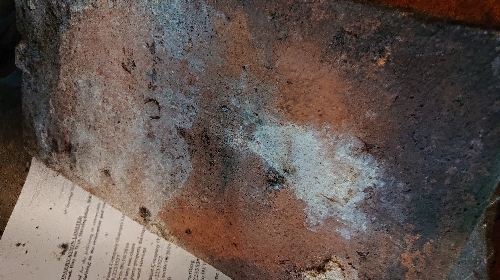 The tower was built at some point in the 15th century but substantially remodelled in the 18th century re-build. We still have a lot to learn about the pre 18th century church.

Reasons for rebuild: When the decision was taken to rebuild the church it’s clear that it was not out of need but out of desire for change. The church itself was considered to be in reasonable condition so it seems that the pressure to re-build was borne out of a desire to have a modern new

church to worship in. The thinking is that the prosperous new traders wanted their own church in their own style.

Nouveau Riche: Perhaps the Cathedral was dominated by old families, money and traditions and these 18th century nouveau riche wanted a chance to establish their own church culture and style of worship. The monuments on the walls would bear this out with lots of local traders, at least one of whom became Mayor of Worcester.

The building as you see it today is distinctly 18th century in appearance but with much recycled medieval material in the walls and roof as mentioned earlier. 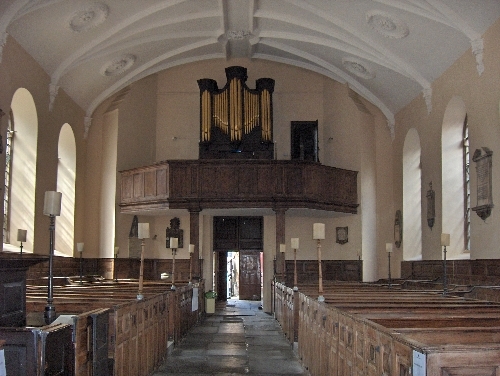 The nave of the medieval St Swithun’s was largely pulled down and re-built in neo-classical style, but with touches of Gothic, between 1733-5 by The Woodwards of Chipping Camden. The tower was remodelled at the same time but remains largely 15th century. 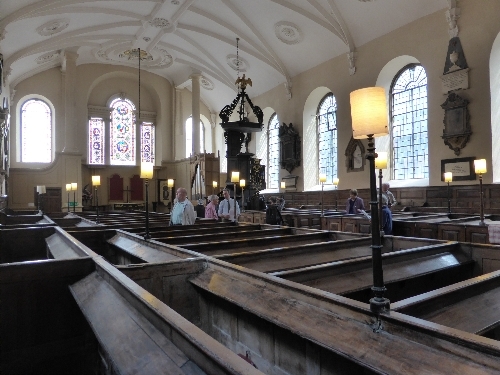 The box pews cost £60 in 1735 and all are numbered. Many families would pay for their own particular box and there was status and rank involved where people say. As recently as the 1960s a lady I interviewed said that everyone knew whose pew was who’s and it was bad form to stray into the wrong box. Many of the pews have memorial plates in them which belong to lower status individual than those who have their very fancy monuments on the walls.

Smelly: St Swithun’s doesn’t have a churchyard so most of the better off parishioners were buried beneath the floor. This led to complaints about the ‘intolerable smell’ during the mid 19th century which, coincidentally, is the precise age of a large tomb which was discovered near the entrance.

Excavations: In order to install the under-floor heating system during late 2019 / early 2020 the ledger stones on the floor of the church needed to be lifted to enable excavation of the floor to the required depth. This led to the discovery of a number of brick lined box tombs (probably family tombs), some brick barrel vaults with high status individual burials within and a Victorian coffin shaped tomb. An archaeologist kept a watching brief on the site as the tombs became exposed and took a photographic record. Buildings archaeologist Tim Cornah created a 3D render of the site using the images taken which you can view by following the link below but here is one screenshot from it: https://skfb.ly/6QYGr

Ann Freame: In the image above you can see a coffin shaped tomb with slabs laid across it. When the slabs were removed it was possible to see a highly ornate upholstered coffin within which had a brass plate resting on it with the details of the deceased. 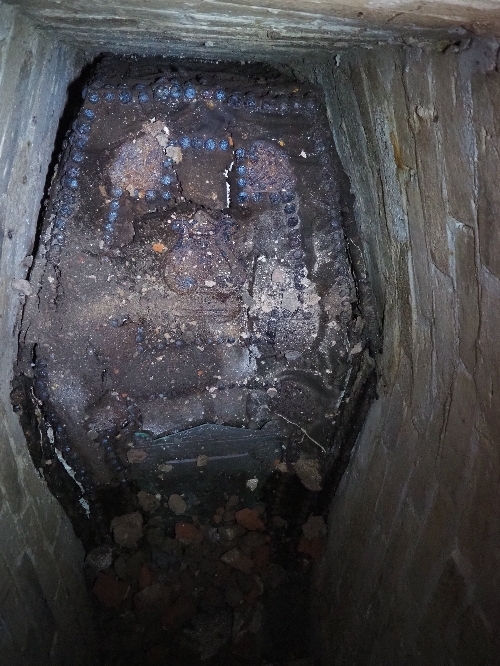 The tomb belongs to Ann Freame who was a member of the Guild of Upholsterers and was 82 when she died in 1850 (born 1768). There was a family of upholsterers with the surname Freame based at 10 and 11 St Swithin’s Street just around the corner.

1911 repairs: In 1911 a series of repairs were made to the church which included putting in a new vestry and sacristy to which doors were made in the tower and north wall – it was in doing this work that the Norman voussoir stones were discovered (parts of a Norman arch). It seems likely that this is also when all of the concrete was poured under the box pews.

Worcester and the 60s: 1962 saw the demolition of the neighbouring black and white building which has now become Argos. 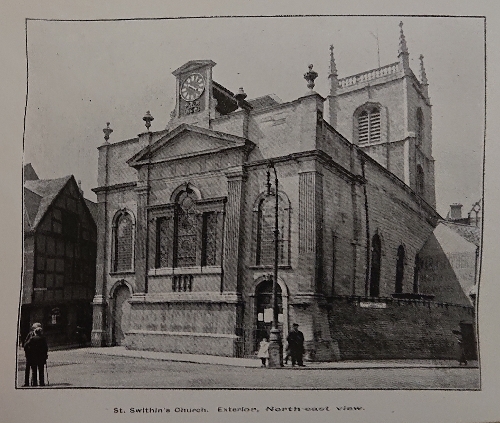 Photo from Berrow’s Worcester Journal which shows South aspect of St Swithun’s is only possible due to the demolition of that black and white commercial property. 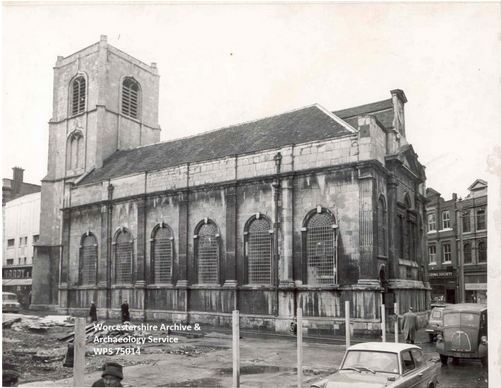 This nearby demolition is part of what was famously at the time referred to as the ‘rape of Worcester’. During this period huge portions of Worcester were demolished including the last surviving Cathedral lich-gate in Europe and the medieval church of St Michael. It also include Elgar’s shop and the original Royal Worcester Porcelain factory. Thankfully St Swithun’s survived.

CCT: In 1977 the church came into the care of the Churches Conservation Trust. A series of oral history interviews with people who have been involved with the church within living memory is currently being undertaken. These interviews have included one with the last people to get married at St Swithun’s in 1973 – Penny & Philip Hanson. 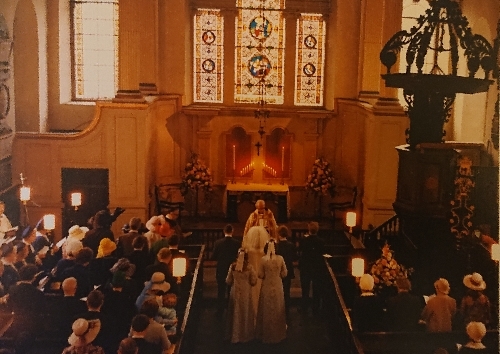 One of the interviewees stated that at the time when the church came into the CCT’s care the congregation were confused as to why it wasn’t nearby Old St Martin’s which was given to the CCT instead of this one.

Heritage Detectives: We currently have a team of ‘Heritage Detectives’ working on researching different aspects of the history of St Swithun’s. Some of them are looking at old maps, some at old street directories which can tell us what sort of shops and businesses were in the area, others are just diving in to whatever they can find. Ultimately we’ll have a huge range of new information about the church.

Regeneration Project: The current works being undertaken by the CCT with a Heritage Lottery Grant are fixing the roof, attending to any other structural problems, converting the former side chapel to an office, converting the vestry into a utility block with toilets and putting in under-floor heating. Some excavation was done in the central aisle and in the area around the altar to lower the floor prior to putting in the heating. St Swithun’s will become an arts and heritage venue with substantial programme of live music, theatre and spoken word events.

St Swithun was an actual priest who lived in Winchester around 800AD. It is thought that whatever the weather is on his feast day (July 15th in England) that weather will persist for 40 days.

The organ is thought to date from 1735 and is largely still original, with the addition of some mechanical elements. It is very important locally and nationally and is actually listed in it’s own right. It is the focus of much of the efforts of the Friends of St Swithun’s who organise regular organ recitals around it.

The Old School house next door (the restaurant) was built at the same time as the church was rebuilt but was abandoned by 1868 when the new Royal Grammar School was built. There are some vaults beneath the restaurant which appear to stretch beneath the church.