For Whom the Bell Tolls - 'Sacred Spaces' sound project

Sacred Spaces is a sound art project curated by Stuart Fowkes at Cities and Memory that explores the role sound has played in humans' spiritual lives for thousands of years. At the project's core are field recordings made in our churches, to which audio gathered from “sacred spaces” all over the world was added. This raw material was offered up to sound artists to “re-imagine”. 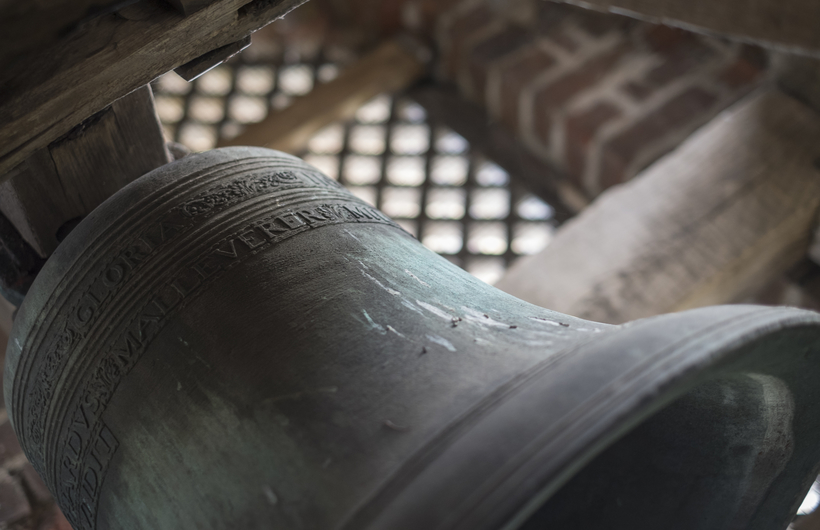 As a regular contributor to Cities and Memory, I offered to make some of the field recordings. As a result, on a cold December day, my wife and I found ourselves in the even colder tower of St Thomas’s, Bristol.  We didn’t need polished change ringing, which was just as well – neither of us had rung before. So, merrily and randomly we rang away. I scuttled between the ringing and bell chambers recording different sounds and all was well. That was until some three days later when I was struck down in absolute agony. I had (fortunately, only temporarily) damaged my back. As the physio explained, when ringing those Bristolian bells, I had stretched certain muscles that had probably lain dormant for many years.

I now know what is meant by “suffering for one’s art” ...

Listen to the recording at St Thomas's on AudioBoom

You can hear the original field recordings from the CCT churches and their “re-imaginings” here: https://audioboom.com/playlists/4597830-churches-conservation-trust

An interactive map of recordings can be found here.

Read more about the Sacred Spaces project in this Atlas Obscura article.