This Teen Takeover Day we invited eight students from Manor School on a medieval graffiti hunt around St Peter's Northampton. The group took over our Twitter account for the day sharing with our followers what they had found; to complete the take over they've written a blog sharing their experience with us.

Saint Peter's Church is in the centre of Northampton and it is no longer used for Religious Purposes. It came into the hands of the Church Conservation Trust (CCT) in 1998. For the 2016 Teen Takeover Day, six students from Manor School Sports College came to find the hidden history written within the stone and woodwork of the 11th Century building.

We started off by looking around the church as well as writing down information that would be good to blog and post onto Twitter. We took photos around the church and tried to uncover some of the mysteries within its walls. We worked with an archaeologist who specialises in architecture and graffiti (Matthew Champion) and we had to go around the church with special equipment (LED torches). By using the different torches, we were able to find interesting engraved marks (for example the mason’s mark) that are not normally visible upon first glance.  We took photos of the graffiti that we found and then posted them on to Twitter using #takeoverday. 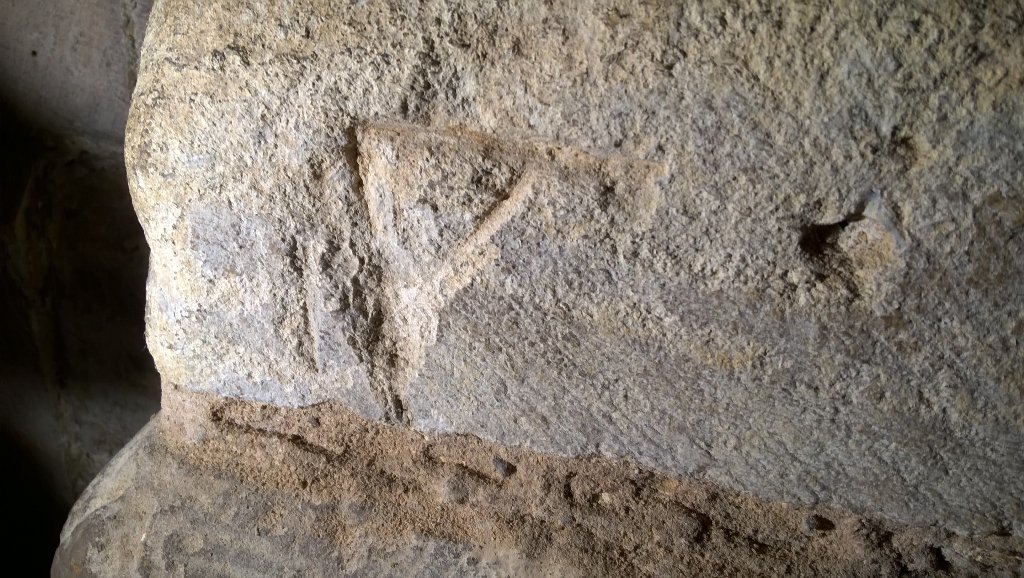 Throughout the day, we posted tweets, polls, pictures and videos about our trip to the church to keep people involved in what we were doing. We also had lunch huddled around a heater because churches can be chilly! Most of the students who came to the church had never used Twitter before so it was a learning experience. We used social media to promote the CCT organisation during the Takeover Day.

Overall, we found out a lot about the work of the CCT, the career of an archaeologist and some interesting facts about St Peter’s church. Also, we were able to get some really good pictures of the building and show off the church on social media. We have also helped the church by adding posts on Twitter of the church and now the CCT have more followers than they did before we did the Takeover Day.  This should help the charity so they can maintain St Peter’s and help maintain more historic churches that are not used for regular religious services.

Thank you CCT for letting us visit!

We would like to say a big thank you to Matthew Champion who ran a brilliant and engaging workshop on medieval grafitti in the church. You can find out more about Matthew's work on his blog.