It’s time to revive our connection with those who donate to charities and to restore their status as primary motivators for our work.   Because people willingly give their own money and time to finance what we do, we must do it to the very best of our ability.

I was recently reminded of this at a carol service in a CCT church when the collection went round at the end.  People there were proud to say that they were collecting in aid of our charity, they were generous and willing.  The place was packed out with people of all ages and backgrounds who liked what we had done for their historic community building and who wanted to help us do the same for others.  I don’t think most of them were people with a lot of money.

When I see someone put their hard-earned cash into a collecting box, I know we cannot afford to waste a penny of our income or a moment of our time.

While the sheer power of giving is perhaps most evident in that sort of face-to-face, live cash transaction, the principle extends to all types of giving and to all types of giver.  It’s ordinary people’s money we’re spending.  Donors, taxpayers, philanthropists I include them all.  Going to the trouble of filling in a direct debit form or handing over credit card details expecting nothing in return, it’s all giving and it’s all to be held in the highest regard. 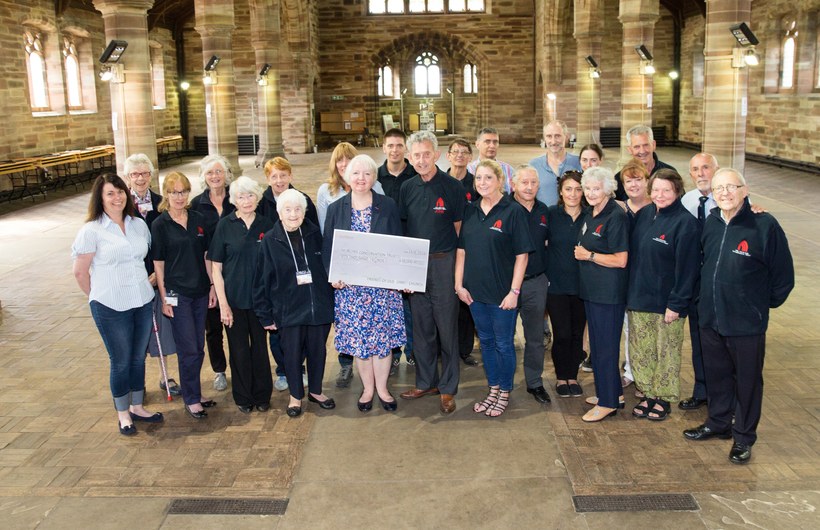 I think it’s entirely right and proper, by the way, for public money to be a part of the mix in supporting the charity sector.  It’s vital, in fact – as Joe Saxton said in his brilliant article ‘The Independence Mirage’, the key to the best outcome for beneficiaries is collaboration between all sources of support and the healthy interdependence of sectors.  So yes, let’s value taxpayers as contributors to charity, whether through all-too-rare direct grant or universal charitable tax exemptions, alongside our donors.

People who give are not weakened automatons with no will of their own, waiting to be preyed upon by ruthless chuggers.  They are not just data or wealth-lists or potential legators and nor are they alien beings, different in some unspecified and unreal way from those who work or volunteer for or who benefit from charities or public services.  Most of us are all these things at some point in our lives.

Too often we become remote from those who pay for what we do.  The conversation in recent years has cast donors almost as captives of the machinery of big-business charity and professional giving.  Scandalous talk of data-mismanagement and donor harassment; patronising talk of external controls and keeping charities in line and technocratic talk of acquisition mailings and attrition-rates: all serve to impoverish our understanding of those who give.

In 2017 let’s talk less of these things and more about where charities come from and what fuels them every day of the year.  Let’s remind ourselves and others of the grassroots passion of communities, trustees, donors, volunteers and hardworking staff which makes charities and giving so special, especially in an era of cynicism and transactional relationships.  In 2017 it’s time to make donors human again, time to celebrate their position as the very lifeblood of charities.