Our Members can enjoy exclusive Lectures from leading experts on a wide range of topics connected with churches and heritage.

These lectures take place on the second Monday of the month and begin at 7pm in the evening. If you are a member, then keep an eye out the members' e-newsletters for information on how to join these exclusive lectures, or email the Membership team at [email protected]

If you wish to become a Member to access these lectures, you can do so from as little as £3.50 a month. More information about our membership offer, and the many benefits, can be found here.

These lectures are only accessible to Members of the Churches Conservation Trust, and run in addition to our weekly Lunchtime Lectures that remain 100% free of charge and are accessible to all. 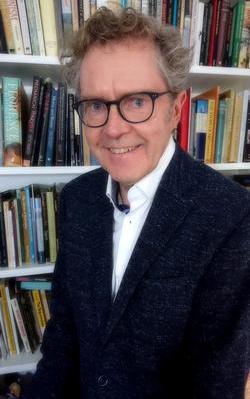 Vespasiano da Bisticci was “the king of the world’s booksellers.” Born in humble circumstances in Florence in 1422, he became the biggest manuscript dealer in fifteenth-century Europe. His clients included kings, popes and princes, as well as three generations of the Medici. He created magnificent libraries for his clients and disseminated the wisdom of the ancients, such as Plato and Cicero, in manuscripts that were works of art, copied by the finest scribes and decorated by the cream of Florentine artists. As he reached the height of his powers, a new invention appeared, the printing press, which would forever change the way knowledge was spread.

For a link to any of our previous lectures, please email the Membership team at [email protected] 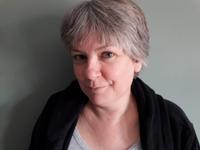 Death has been a source of grief and uncertainty for humanity throughout history, but it has also been the inspiration for a plethora of fascinating customs and much human creativity. This talk with Dr Helen Frisby, author of the Shire book Traditions of Death and Burial, explores English death and burial customs from the Norman Conquest right through to the present day and the impact of Covid-19. From winding-sheets to funeral bells, angels to the Alexa Ghostbot, together we’ll discover how ritual continues helping us to relate to the dead, in ways which are at once innovative yet also draw upon the past in sometimes surprising ways.

Helen has taught history at the University of the West of England, Bristol, and funeral directing at the University of Bath. She is Secretary of the Association for the Study of Death and Society, and a Council Member of the Folklore Society. Helen has previously appeared on BBC Radio and The History Channel, and remains research active in the area of death, funerals and bereavement, past and present. 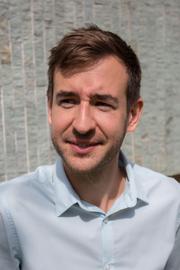 This talk will analyse Sir Edwin Lutyens’ design for Liverpool Metropolitan Cathedral, which, according to his son, was ‘the very greatest building that was never built.’ Whilst research and critique of unbuilt or destroyed architecture is traditionally carried out through the examination of surviving information such as drawings, models, photographs, biographies and monographs, this talk will incorporate the use of contemporary digital representation techniques to re-present and re-analyse Lutyens’ cathedral, which would have been one of the largest places of worship in the world. The origins of a catholic cathedral in the city of Liverpool will be discussed, followed by the development and analysis of Lutyens’ design. Comparisons to the Thiepval Memorial to the Missing of the Somme will be made, and the talk will conclude by highlighting the demise of the Lutyens design and introduction of Frederick Gibberd’s scheme, incorporating the crypt of Lutyens’ design; the only portion to be built.

Dr Nick Webb is a qualified architect and lecturer at the Liverpool School of Architecture. As a researcher he is interested in how digital tools and techniques can be used as methods to enhance and critique our understanding of historic works of architecture, whether they be existing buildings, were built and then damaged or destroyed, or were not built at all. His research focuses on methods that enable new information to be provided that would not have been possible in a pre-digital context, including digital capture technologies such as laser scanning, three-dimensional digital modelling and analysis, and immersive virtual reality techniques. He is currently principal investigator on the AHRC funded project ‘Tracing the past: analysing the design and construction of English medieval vaults using digital techniques,’ alongside a team of researchers at Liverpool.

Adventures in Medieval Sculpture: Uncovering the Power of the Romanesque in Devon and Cornwall with Dr Alex Woodcock - Monday 12th July, 7pm - 8pm

What do you do after writing a PhD on the medieval grotesque? In Alex Woodcock’s case it was to learn stonemasonry. Practical knowledge of working stone gradually transformed his understanding of medieval sculpture and eventually led to him working as a stonemason at Exeter Cathedral for several years. In this talk he explores the subject of his book King of Dust – the twelfth-century carving of Devon and Cornwall that inspired him to pick up tools – and the people, from artists to architects, who have been drawn to it. He also considers how practical skills can bring the past to life in new ways, and what writing about it beyond your comfort zone can offer to both writer and reader.

Dr Alex Woodcock is a writer, stonemason and artist immersed in the worlds of medieval sculpture. His books include Gargoyles and Grotesques (Bloomsbury, 2011), Of Sirens and Centaurs (Impress, 2013) and King of Dust (Little Toller, 2019). Between 2008 and 2014 he worked at Exeter Cathedral as a stonemason, playing a key role in the conservation of its internationally significant west front. He teaches on the Cathedrals’ Workshop Fellowship foundation degree and is a Fellow of the Society of Antiquaries. His website is www.alexwoodcock.co.uk and he can be found on twitter @beakheads.

Ever wondered how you go about looking at funerary monuments? How were they built? Who built them? What do they tell us? Join the Churches Conservation Trust and Dr Jean Wilson, from The Church Monuments Society, for this fascinating lecture exploring the wide-ranging subject of funerary monuments in churches. Be prepared to see behind the scenes of tombs and gain an insight into their creation as well as seeing some treasured CCT monuments along the way. We are sure that members are going to love this exclusive lecture!

In 1981 the Redundant Churches Committee of the Church Commissioners agreed by a narrow margin – one vote – to vest All Saints, Cambridge, in the Redundant Churches Fund, thus saving it from certain mutilation and possible demolition. The building, designed by George Frederick Bodley and opened in 1864, was then valued in particular for its prominent place in the townscape of Cambridge and for its links with William Morris, in particular its magnificent east window by Morris’s firm, installed in 1866. Since then research has established that All Saints was not only a turning point in the Gothic revival but is also a significant embodiment of the shift in taste in the mid-Victorian years that led to the Queen Anne and Aesthetic movements. Michael Hall will place the church in its historical and architectural context and tell the story of how it came to be saved.

Michael Hall is the editor of The Burlington Magazine. He is the author of several books on the Gothic revival and nineteenth-century architecture and design, including George Frederick Bodley and the Later Gothic Revival in Britain and America, published by Yale University Press in 2014.

Santo Prepuzio! How the Foreskin of Jesus was found, revered, and then mysteriously disappeared in an Italian hill town with David Farley - Monday 11th October, 7pm - 8pm

In December 1983, a priest in the Italian hill town of Calcata shared shocking news with his congregation: The pride of their town, the foreskin of Jesus, had been stolen. Some postulated that it had been stolen by Satanists. Some said the priest himself was to blame. Some even pointed their fingers at the Vatican. In 2006, writer David Farley moved to Calcata, determined to find the missing foreskin, or at least find out the truth behind its disappearance. In the resulting book, “An Irreverent Curiosity,” published by Avery/Penguin, Farley recounts how the relic passed from Charlemagne to the papacy to a marauding sixteenth-century German soldier before finally ending up in Calcata, where miracles occurred that made the sleepy town a major pilgrimage destination. Over the centuries, as Catholic theology evolved, the relic came to be viewed as something of an embarrassment, culminating in a 1900 Church decree that allowed the parish to display it only on New Year's Day.

This talk, based on Farley’s book An Irreverent Curiosity, interweaves this history with the curious landscape of Calcata, a beautiful and untouched medieval village set atop four-hundred-fifty-foot cliffs, which now, due to the inscrutable machinations of Italian bureaucracy, is a veritable counterculture coven. Farley’s talk will blend history, travel, and perhaps the oddest story in Christian lore.

David Farley is the author of An Irreverent Curiosity: In Search of the Church's Strangest Relic in Italy's Oddest Town, which was adapted into a documentary by the National Geographic Channel; Underground Worlds: A Guide to Spectacular Subterranean Places, and co-editor of Travelers' Tales Prague and the Czech Republic: True Stories. He writes for the Guardian, the New York Times, the Wall Street Journal, BBC, and National Geographic, among other publications. His online homes are  https://www.tripout.online/ and http://dfarley.com/.

Joining details will be sent to Churches Conservation Trust members in our Members' E-newsletter. 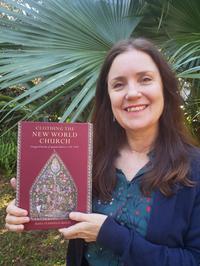 The talk will explain how various textile types from the Pre-Columbian Americas were adapted to create Catholic church ornaments beginning in the sixteenth century. Examples will be drawn from each of the chapters of Dr. Stanfield-Mazzi’s new book, Clothing the New World Church: Liturgical Textiles of Spanish America, 1520–1820. She will conclude by showing ways in which some of these traditions survive to today.

Maya Stanfield-Mazzi is an art historian specializing in art of pre-Columbian and colonial Latin America, especially that of the colonial Andes. She focuses on the ways in which Indigenous peoples of the Americas contributed to creating new forms of Catholicism. She has published articles in Current Anthropology, Hispanic Research Journal, Colonial Latin American Review, Religion and the Arts, and The Americas. She also wrote bibliographic essays on painting in the Viceroyalty of Peru and Andean textiles for Oxford Bibliographies Online.

In late 1348, the Black Death entered London. Over the next 9 months, it ravaged the populace killing thousands. This lecture provides a detailed look at its arrival, spread and eventual disappearance, and looks at some of the archaeological and architectural evidence for its passage, its final death toll and its immediate impacts on England’s greatest city.

Barney Sloane FSA is currently National Specialist Services Director in charge of Historic England’s archaeologists, scientists and buildings conservators. Barney started his career as an archaeologist in London in the 1980s. His first professional excavation was on the site of the Black Death cemetery near Tower Hill creating his interest in researching this most lethal of plagues.