Our Lunchtime Lecture Series is sponsored by Ecclesiastical
Share +

Our lectures are all free to get involved with and we Livestream them via our Facebook page, this allows you to really engage with the talk and to submit your questions live. These lectures are recorded and will be available to watch afterward. Scroll down to find a list of previous lectures.

In response to the popularity of our lectures, we've launched a special Membership offer just for people who are enjoying our free lectures. If you sign up as a Member by Direct Debit, from as little as just £3.50 a month, and use the offer code LECTURE we'll send you a free copy of The Secret Language of Churches and Cathedrals: Decoding the Sacred Symbolism of Christianity's Holy Buildings by Dr Richard Stemp!

Details of how to become a member, the benefits of membership, and how to claim your free gift can be found here 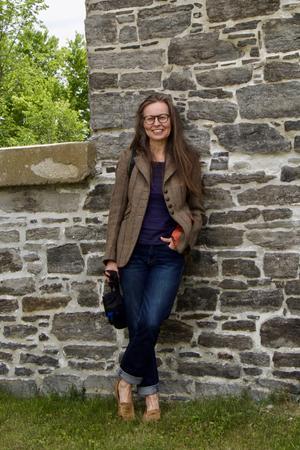 Gotland is a Baltic island that boasts no fewer than 92 medieval churches and hence one of the highest concentrations of medieval churches anywhere in Europe. One of the many things that make this particular body of historic buildings intriguing is their unusual incorporation of influences from both east (mainly Novgorod and Kiev, but also the Byzantine Empire more generally), and west (England, Germany, and France in the main). This lecture offers a brief account of the historical reasons behind this compilation of styles before shining a spotlight on some key examples of art- and architectural-historical links both putative and hypothetical.

Marie Clausén is the author of Sacred Architecture in a Secular Age: Anamnesis of Durham Cathedral (Routledge 2016/2017). She holds bachelor's degrees in Political Science, Sociology and Art History, and master's degrees in International Relations (Graduate School of European and International Studies, University of Reading) and Art History (Uppsala University). Her present academic interests include Early Christian and medieval church architecture, existential and phenomenological approaches to sacred space, cultural heritage philosophies and policies as applied to sacred architecture, and the forgotten practice of ekphrastic writing. She is currently working towards her PhD in Religious Studies at the Department of Classics and Religious Studies, University of Ottawa, where she also teaches. Her dissertation is on the possible roles and fates of Norfolk's medieval churches in a post-Christian, but ostensibly also post-secular, future. Before embarking on her most recent degree, Marie spent 20 years in the academic book publishing industry in a variety of editorial roles on both sides of the Atlantic. 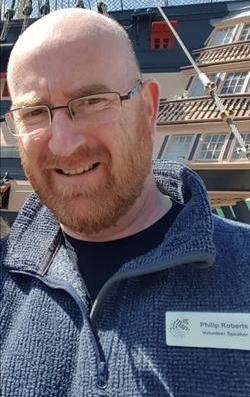 Thursday 17th February from 12:50pm - The History of the shrine of Our Lady of Grace in Ipswich

We will explore the wonders of the miracles and architecture of the Medieval shrine, the famous Tudor miracle of the maid, the disappearance and then reappearance of the statue from the shrine and the forming of the Guild to honour the re-dedication of the new shrine.

Dr Phil Roberts is the Sacristan for the Church of England at the Anglo-Catholic, St Mary at the Elms Church, Ipswich and has gained a doctorate with a first in maritime archaeology. Phil has been a lecturer for the Mary Rose Trust since 2002 and he has written numerous papers online for academics around the world in the fields of nautical studies, maritime archaeology, oceanography and ancient warfare. He is a well-renowned historian, researcher, lecturer and author and is an extremely popular BBC Radio guest, speaking on the Tudor Age and the present British Royal Family. Phil has written a book on Cardinal Wolsey, which will be released this summer, and his other books are on the history of Whitehall Palace and of course, The Mary Rose. 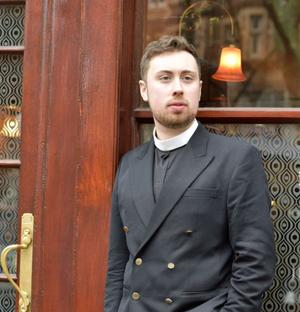 Thursday 24th February from 12:50pm - A Field Guide to the English Clergy

Join the Revd Fergus Butler-Gallie for a fascinating lecture exploring the topic of his book 'A Field Guide to the English Clergy'.

Further details and links will be coming soon... 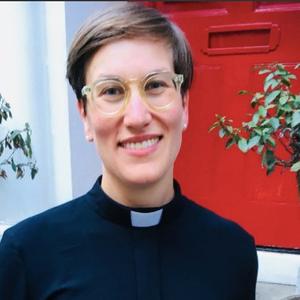 This talk will take the form of an online look at the National Gallery’s highlights through the lens of Lent and Holy Week. From Botticelli to Bridget Riley, abiding sacred themes of suffering and hope are deeply and profoundly present not only in images of Christ but also in paintings of everyday life, sacred architecture, and striking landscapes.

Revd Dr Ayla Lepine is Ahmanson Fellow in Art and Religion at the National Gallery. With a PhD from the Courtauld in architectural history, focusing on the church architect George Frederick Bodley, Ayla’s research explores the intersections of visual culture, sacred space, and religion in museums. She publishes and lectures widely, and her current work includes the development of new networks for theologians and curators, and a new exhibition with nine UK public art collections focusing on themes including love, joy, and peace. 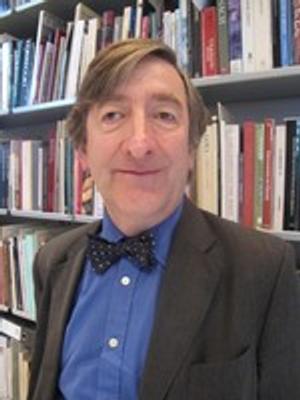 Thursday 10th March from 12:50pm - God and the Painters: the Altarpiece in the Italian Renaissance

The book The Italian Renaissance Altarpiece: Between Icon and Narrative, came out in June 2021. It is never easy to judge one’s own work, but what Prof. David Ekserdjian has tried to do is to provide a broad overview of Italian renaissance altarpieces and in particular to explore who – between the patrons, the ecclesiastical authorities, and the artists – actually calls the shots. It is a vast field and there is still plenty to learn about it. Join us and learn more about them.

David Ekserdjian is Professor of History of Art and Film at the University of Leicester (2004-). He was Christie’s Fellow at Balliol College, Oxford (1983-86), lecturer, Courtauld Institute of Art (1986-87), and Slade Fellow at Corpus Christi College, Oxford (1987-91). From 1991 to 1997, he worked for Christie’s. and was Editor of Apollo from 1997 to 2004. In 2017-18, he was Slade Professor at the University of Oxford. He was a Trustee of the National Gallery from 2005 to 2013 and of Tate from 2008 to 2013, and is currently a Trustee of Sir John Soane’s Museum and of Art UK. He is the author of Correggio (1997), Parmigianino (2006), Still Life before Still Life (2018) , and most recently of The Italian Renaissance Altarpiece: Between Icon and Narrative (2021), all published by Yale University Press. He has organised or co-organised various exhibitions, including Old Master Paintings from the Thyssen-Bornemisza Collection, Royal Academy, 1988, Andrea Mantegna, Royal Academy and the Metropolitan Museum of Art, 1992, Treasures from Budapest: European Masterpieces from Leonardo to Schiele, Royal Academy, 2010, Bronze, Royal Academy, 2012, Wentworth-Fitzwilliam: An English Collection, Calouste Gulbenkian Museum, 2015-16, Correggio e Parmigianino: l’arte a Parma nel ‘500, Scuderie del Quirinale, 2016, and Raphael, National Gallery, forthcoming April 2022. 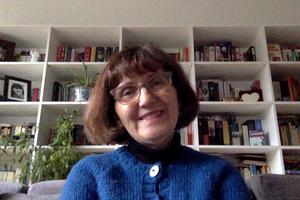 There is a rich and varied treasury of buildings among the Catholic churches of England and Wales but most are unknown outside their congregations. Elena Curti aims to put that right with the help of her book, Fifty Catholic Churches to See Before You Die. In this lecture, Elena shares with you some of the churches she has chosen which taken together give the backdrop to the story of Catholicism in England and Wales.

Elena worked as a journalist in newspapers, radio and television before joining The Tablet in 2000, first as Home News Editor then as Deputy Editor. She left in 2016 and now specialises in writing about church architecture, art, and conservation. Her book, Fifty Catholic Churches to See Before You Die, has sold around 2,500 copies and is about to be reprinted. She has just started researching Volume II.

Our Lunchtime Lectures take place every Thursday from 12.50pm on Facebook.