Local photographer John Hailstone returns to St.Peter’s Church, Wallingford between 5th and 14th  November with an exhibition of glowing photographic canvases that explore speculative worlds that orbit stars other than our Sun and in particular those that lie within a star’s habitable zone where life may exist. This exhibition is an extension of a previous work, inspired by the over 4000 exo planets that astronomers have now discovered.

Original photographs of the Earth and its lifeforms have been altered in form and colour to embody new earths beyond our own. Discover the worlds of Aether, Gaia, Thalassa, Chronos, Ananke, Eros, Tartarus, Erebus, Nyx & Hypnos and the new worlds of Prometheus, Ourea, Nesoi, Chaos & Nemesis.

Joining ‘exo earth at St.Peter’s’ will be ‘Please handle with care’, around 900 air dried clay figures created by the local community at Ayres House Studios during the ‘Great Big Green Week’ in September as part of the WWF ‘Just Imagine’ project which is being exhibited during COP-26. 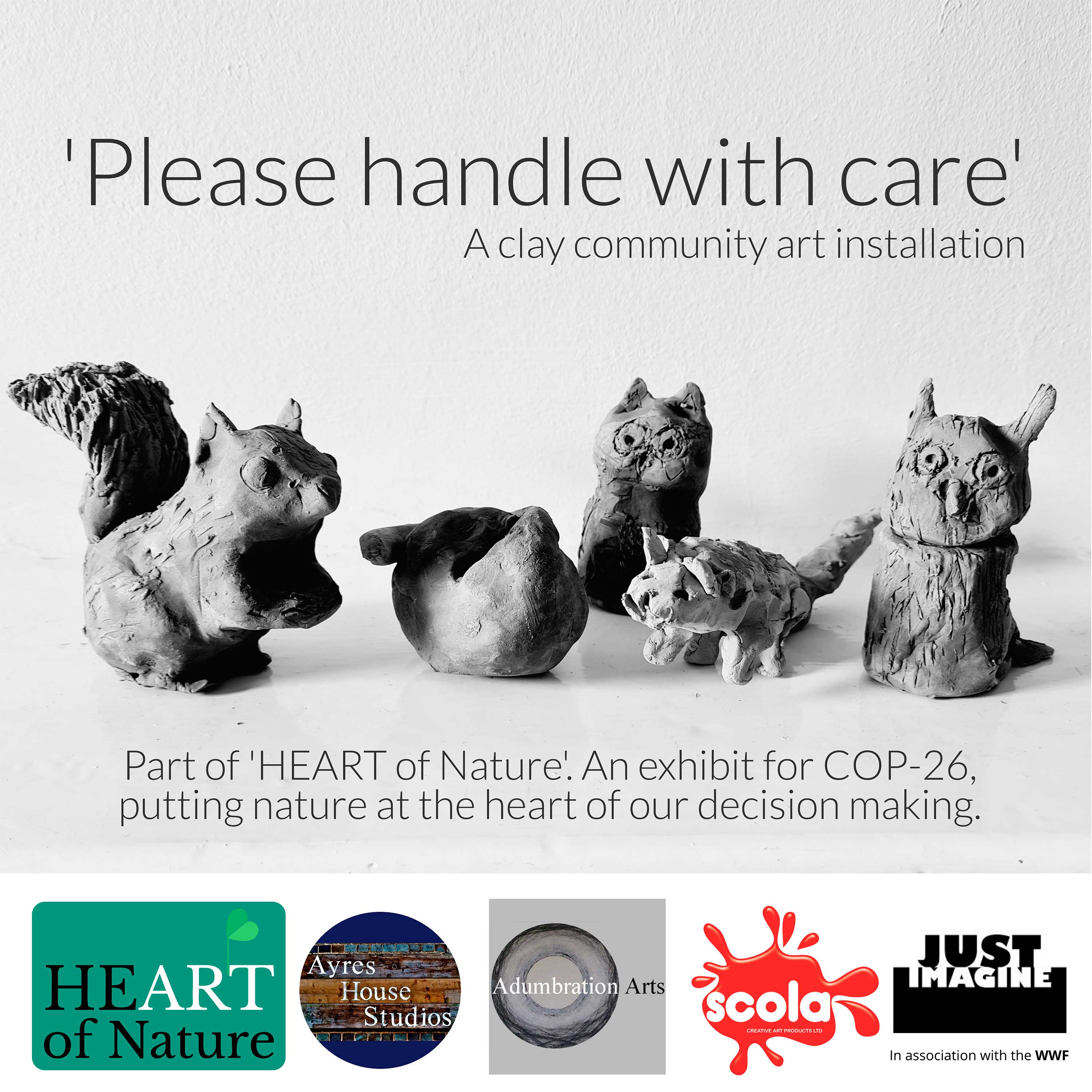 The exhibitions will be enhanced with ambient music by Simon Wilkinson.

A percentage of the exhibition sales will go to support St.Peter’s Church and the Churches Conservation Trust.

John is based in Wallingford and specialises in fine art, commissioned and event photography with a particular focus on nature and live music. He is a Licentiate of the Royal Photographic Society and has been featured in Amateur Photographer and was a BBOWT Photo Competition winner in 2019.

He was given a Kodak Instamatic at the age of ten; his chosen subjects were aircraft, particularly the larger ones, which is probably the origin of his fondness for wide angles. It wasn’t until ten years later that he began to photograph nature and the natural environment, primarily in black and white. “I really enjoyed the whole process: from choice of film; noticing subjects (especially dead trees and debris according to my friends); having an image in mind; then exposing and developing the negative through to the lengthy process of making a fine print in the darkroom. This became the basis for my creative approach, which follows that of Ansel Adams in terms of observation, visualisation and realisation”.

John began digital giclée printing in 1998 with processing in Photoshop in order to obtain as much creative control in colour than previously enjoyed in black and white in the darkroom. He says “for me the realisation of a fine art print is an essential conclusion of the photographic process that I enjoy and would not pass on to others. Consequently, I print with a large format photo printer with pigment inks and use archival materials such as acid-free cellulose and cotton rag papers to produce prints that faithfully reproduce detail, tone and colour and that I am confident will last a lifetime”.  His works have been exhibited extensively in Berkshire and Oxfordshire, including ‘blue’, ‘WOOD LIGHT’, ‘Views from a train’, ‘The Web’, ‘Willows of Wallingford’ and most recently ‘SPECTRA’. To see these and other works please go to granizo.uk

About Ayres House Studios and ‘Please handle with care’

Adumbration Arts, based at Ayres House Studios in Wallingford, began the ‘Please handle with care’ clay project when planning workshops for September’s ‘Great Big Green Week’, and as part of the WWF ‘Just Imagine’ project - imagining different potential futures and creating art which puts nature at the heart of our decision making, to be exhibited during COP-26. The workshops were run by Jack Cowley (WWF Just Imagine Winner) and Ayres House Studio artists, Emma Souter (Adumbration Arts) and Karen Goonewardene (Neocartouche). From this process, Emma and Karen are curating an exhibit ‘Heart of Nature’ which will be open from the 1st to 14th November at the Studios off Station Road and at St Peter’s Church in Wallingford.

Emma said “I wanted to create a project that was truly inclusive, we’ve had some really lovely workshops with families, the public, schools, care homes and charities. From professional artists, learners with difficulties to early years groups. So far we’ve had participants from age 93-3. Each has been given a piece of clay roughly the size of their fist, which has been kindly donated by Scolaquip, to represent a life form, be it plant, animal, single celled, extinct or imagined. I can’t wait to carefully assemble all these individual clay pieces, together as one body. Air dried clay can be very brittle, so I really will have to look after them! Hopefully by the time we come to install the pieces, there will be around 900 clay figures. I often use sound in my installations and am interested to see how the ambient music of Simon Wilkinson the setting of St Peter’s Church, alongside the installation of glowing exo earths by John Hailstone, will come together in the space. That’s why I like installation, its interpretation is so effected by each setting: negotiating, testing limitations and bouncing off the surroundings of the space.”

For further details about ‘Heart of Nature’ and ‘Please handle with care’ please go to www.ayreshousestudios.co.uk

Simon Wilkinson is a British music composer and ambient musician who creates dark, atmospheric and dramatic instrumental music. His music has been featured in a wide range of films, TV shows like 24 and The Voice, television networks including ABC, NBC, HBO and BBC, through to smaller independent film and documentary makers as well as students and non-profit organisations.