'I was not born to live alone' - York

A talk on the famous diaries of Anne Lister from her biographer, Helena Whitbread, followed by a film screening.

Unearthed from their hiding place behind a wall in Shibden Hall, the secret diaries of pioneering Yorkshire landowner Anne Lister (1791-1840) tell the story of Britain’s ‘first modern lesbian’. Partly written in code, they detail her extraordinary life and several romantic relationships with women.

In 1834, Anne Lister and her partner Ann Walker exchanged rings and vows in private before taking Holy Communion together at Holy Trinity Church. In their eyes, this united them in a state equal to matrimony in the eyes of God.

As part of York LGBT History month, join us for a talk from historian Helena Whitbread, who edited Anne’s diaries for publication, followed by a screening of the BBC drama The Secret Diaries of Miss Anne Lister, starring Maxine Peake. 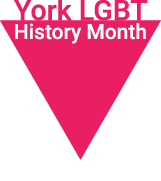