Open every day during daylight hours.

With its spire visible from the surrounding countryside, the picturesque St Kenelm’s Church sits in the heart of a typically charming Cotswolds village.

Walking into the church, you are immediately struck by the unusual light and airy interior – a wonderful example of early Georgian design with vast windows overlooking the churchyard.

As you enter, there are a series of beautifully carved and highly unusual Jacobean pew-ends depicting male and female figures. Not originally from the church, they were donated by The 1st Earl of Bathurst from the banqueting hall of the nearby Sapperton Manor House when it was demolished in 1730.

In the east wall of south transept there is a marble and stone monument to Sir Robert Atkyns junior (d.1711), a historian and politician who was best known for his publication 'The Ancient and Present State of Gloster-shire' (1712)- the county’s first printed history. The monument by Edward Stanton shows Atkyns reclining on one elbow, with elaborate carved structure above and long inscription at the back. The monument shows Atkyns left arm placed on a closed book- most likely his life’s work, mentioned in the epitaph and published a year after his death.

Near the south chancel wall is the grave of Rebekah Mason, the first wife of the astronomer Charles Mason (d. 1787). Together with the surveyor Jeremiah Dixon, Charles surveyed a boundary to resolve a border dispute involving Maryland, Pennsylvania, and Delaware in Colonial America. After Pennsylvania abolished slavery, the Mason-Dixon line served as a demarcation line for the legality of slavery and symbolised a cultural boundary between the North and the South of the United States.

Whilst there is evidence that there has been a church on the site since 1190, the current church was largely rebuilt in the thirteenth and fourteenth centuries! 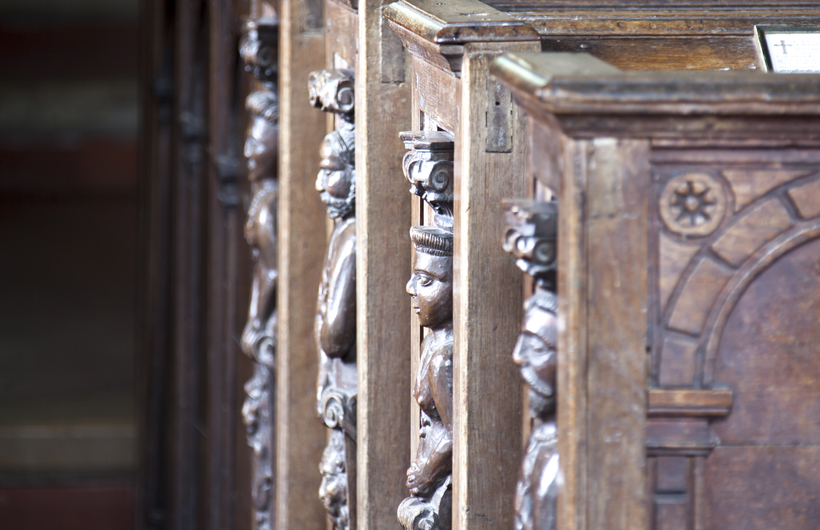