Our Lunchtime Lecture Series is sponsored by Ecclesiastical
Share +

Our lectures are all free to get involved with and we Livestream them via our Facebook page, this allows you to really engage with the talk and to submit your questions live. These lectures are recorded and will be available to watch afterward. Scroll down to find a list of previous lectures.

In response to the popularity of our lectures, we've launched a special Membership offer just for people who are enjoying our free lectures. If you sign up as a Member by Direct Debit, from as little as just £3.50 a month, and use the offer code LECTURE we'll send you a free copy of The Secret Language of Churches and Cathedrals: Decoding the Sacred Symbolism of Christianity's Holy Buildings by Dr Richard Stemp!

Please note that your book will not be delivered until August, this is due to a brand new print run being printed especially for us. You will receive your welcome pack and other benefits in the meantime however.

Details of how to become a member, benefits of membership, and how to claim your FREE GIFT can be found here 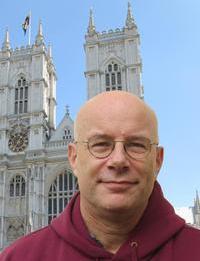 Thursday 6th May - THE ROYAL TOMBS OF ENGLAND

Join us as we explore the history of the interment of kings, queens regnant and lords protector in England – from the Sutton Hoo ship burial in the 7th century down to the burial of the former Edward VIII at Windsor in 1972. This will take us not only to the great royal chapels at Westminster and Windsor, but also to a range of churches, cathedrals and abbeys around the country, some of which are now entirely vanished, and tombs that range from stately monuments to crowded crypts.

You can buy a copy of Prof. Dodson's book on this topic from our shop here

Aidan Dodson has taught at University of Bristol since 1996, and has been honorary Professor of Egyptology since 2018. A Fellow of the Society of Antiquaries of London, he has published extensively on matters-Egyptian, but also has much wider interests in funerary archaeology, and is the author of British Royal Tombs, the second edition of which appeared in 2018. 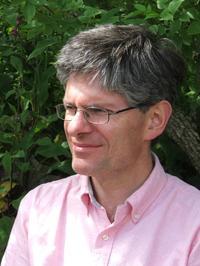 Thursday 13th May - THE MANY MEANINGS OF "THE CHURCH OF ENGLAND"

The church by law established in England calls itself 'the Church of England', and everyone seems happy with that title. Perhaps, this lecture will suggest, they shouldn't be. The title - and its Latin predecessor, ecclesia Anglicana - is a slippery one, with at least four different meanings, meanings whose ambiguities the Tudors and their successors were able to exploit for their own ends. In the process, this very old title became enmeshed with a new piece of jargon - 'Anglican' - whose meanings were equally slippery. This lecture will retrace this linguistic sleight of hand and argue that, if we see that tangled origins and shifting meanings of these terms more clear, it gives us a fresh perspective on the established Church's ongoing identity crises.

Alec Ryrie FBA is Professor of the History of Christianity at Durham University, Professor of Divinity at Gresham College, London, co-editor of the Journal of Ecclesiastical History and president of the Ecclesiastical History Society. He is a historian of the English Reformation and of the wider Protestant tradition, and his books include Being Protestant in Reformation Britain (2013), Protestants (2017), Unbelievers (2019) and The English Reformation (2020). He is also a Reader in the Church of England, serving in the diocese of Newcastle. 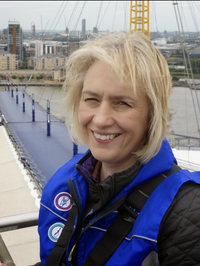 Thursday 20th May - THE ELEMENT OF SURPRISE: Church Design In The Twentieth Century

Many of you will be aware that Victorian elements are present in almost every church in Britain, but did you realise that this applies to the twentieth century too? Did you know that as many new churches were built in the 1960s as in the 1860s at the height of the Gothic revival? In this talk Clare Price will be looking at the huge range and diversity of churches and fittings that were designed during the twentieth century. Innovative new materials, dramatic shapes and colours and liturgical re-organisation will be contrasted with more subtle compositions, traditional ideas re-worked and sympathetic interventions into older buildings. Many of the churches featured are in the Twentieth Century Society’s book 100 Churches 100 Years which Clare co-edited and which caused one reviewer to suggest (sounding perhaps a little astonished) ‘actually, modern churches can be beautiful’! Join us to be surprised too.

You will be able to purchase the book on the CCT website shortly.

Clare Price is the Head of Casework at the Twentieth Century Society and has worked for the Society since 2012. She is responsible for all the Society’s church casework across the UK and secular buildings in the north and west London boroughs, as well as selected Home Counties; North East England; East Anglia and Scotland.

Clare is also currently researching for a DPhil at the University of Oxford, with a particular focus on inter-war church architecture.

Holding an MSc in Conservation of the Historic Environment and a qualified Chartered Surveyor, Clare has worked in commercial property and building conservation for over 20 years. Prior to joining the Twentieth Century Society she worked for an international firm of chartered surveyors and subsequently as a freelance consultant. 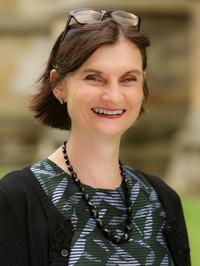 Medieval cloisters, originally spaces linking monastic buildings, are miraculous survivors of Henry VIII’s Dissolution of the Monasteries. English cathedral communities recognised the practicalities of cloisters and experimented with cutting-edge architecture to build, improve and embellish them. The result is that England’s Cathedral cloisters are some of the most extraordinarily beautiful spaces in the world. This talk explores the 20 or so medieval cathedral cloisters in England, with spectacular photos and encourages audiences to venture beyond the nave when they next visit a cathedral.

Janet Gough read History and history of art at Cambridge and worked in the City and then for Sotheby’s auction house for ten years.  Janet was a trustee of the Churches Conservation Trust between 1998 and 2005 and strove to ensure its glorious churches and their treasures become better known.  She then went on to become Director of cathedrals and church buildings for the Church of England and she continues to champion historic churches. She was awarded an OBE for services to heritage in 2017.

Janet has published a book called Cathedrals of The Church of England which you will be able to purchase shortly on our website. 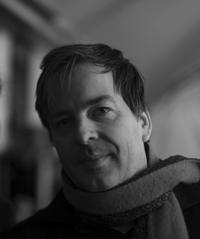 This talk will look at the history and recent conservation work on one of the countries most well-known and divisive Post-War buildings. It’s distinctive shape and vast, circular nave make it unique in European architecture, but it has had significant and long-standing issues, some of which Purcell have tried to address through their recent Getty-funded projects. From the competition to design a new cathedral, its’ rapid construction in 1967, to now, this talk will look at the care now being taken to conserve one of the most iconic Post-War churches in the world.

Jon Wright is a Heritage Consultant with Purcell Architects, specialising in the architectural history of and conservation practices for, buildings of the twentieth century. A former case officer for the Twentieth Century Society and now a member of the Working Party for the UK chapter of DOCOMOMO, Jon has worked on some of the country's best-known modern buildings and fought for the survival of some of the most contentious of the Post-War period.