Inglesham and Eastleach. A cycle tour of churches with wall paintings.

A 20 mile round trip taking in some of the CCTs finest wall paintings.

Start at Coln St Aldwyn. Cycle East to Hatherop . Then South East to Lechlade and then on to Inglesham.  Then cycle back to the A347 and take that road to Fairford. From there take Coronation Street and return to Coln St. Andrew.

Thanks to volunteer Ian Wyld for documenting this route. 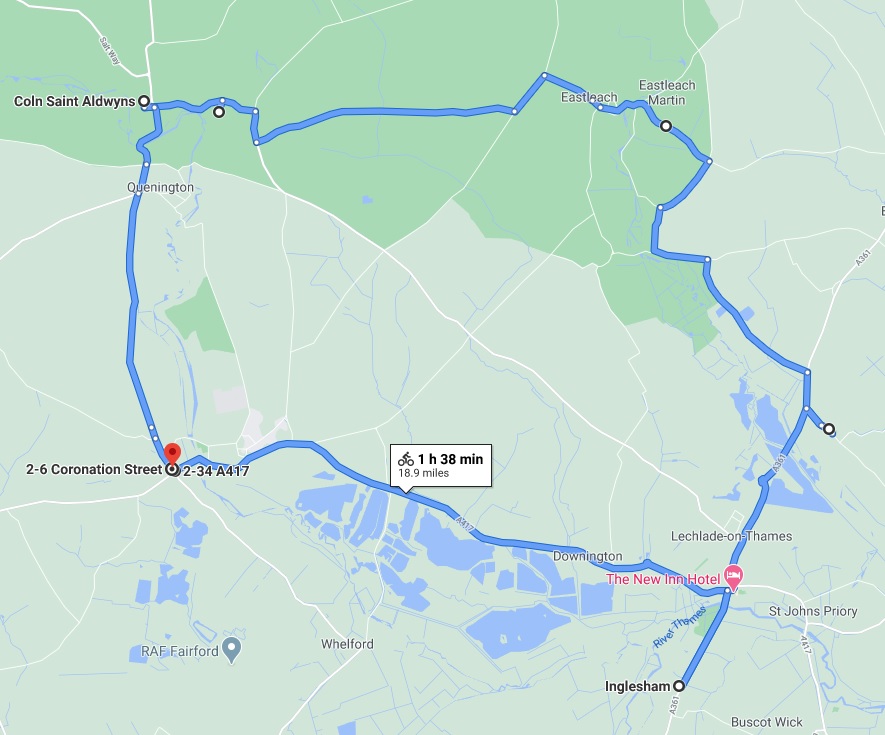