British architect George Frederick Bodley (1827–1907) fundamentally shaped the architecture, art, and design of the Anglican Church throughout England and the world; his work survives in the United States, Australia, India, and Italy, as well as the United Kingdom. This important book is the first to explore the life and work of this major Gothic Revival architect, a man with an evolving outlook on style and aesthetics who believed that every element of a building must be part of an integrated design strategy. A close colleague of William Morris and Edward Burne-Jones, Bodley was the first major patron of Morris’s stained glass and, like Morris, was an accomplished textile and wallpaper designer. In 1874 Bodley founded Watts and Company―now celebrating its 140th anniversary―to manufacture ecclesiastical vestments, textiles, and wallpapers. In a seamless blend of architectural, art, and church history, this lavish volume features over 200 illustrations and offers impeccable scholarship on the work of an influential visionary of Victorian design.

'Michael Hall and Yale have combined to give him (Bodley) the magnificent tombstone tomb he deserves, academically disciplined, enthusiastically argued, flatteringly illustrated, merrily readable about his life as well as his art, his many pupils and assistants the subject of a useful appendix... I suspect this is a great book; it is certainly the surprise of the year.'--Brian Sewell, Evening Standard.

We have secured the limited few copies that remain for sale from the Publisher.

RRP is £50, however, you can buy the book from us for just £42 plus postage and packaging.

Please be aware that due to covid-19 restrictions, access to our London Office is restricted at present. We aim to ship out purchases on the week commencing 20th September - we will notify all customers once their books have been dispatched with Royal Mail Signed For Delivery. 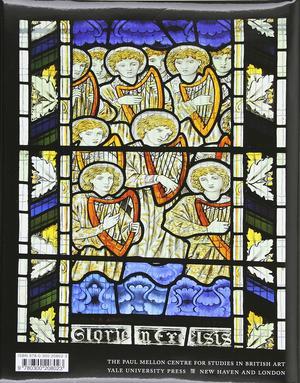 Scroll Down to add this book to your shopping basket.

Please note our last posting day before Christmas will be Friday 17 December, so please get your orders in by Thursday 16 December! Orders made after this date will be posted when the office reopens in the New Year. If you are ordering from outside the UK, the last day for Christmas orders is Friday 3 December