Decorated in Glory: Church Building in Herefordshire in the Fourteenth Century by Prof. Nigel Saul 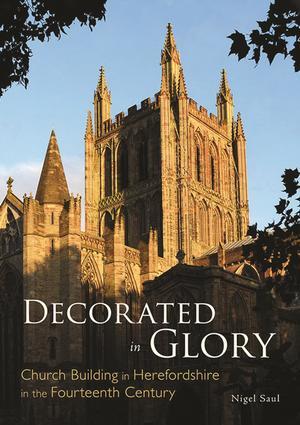 The first half of the fourteenth century witnessed an extraordinary flowering of architecture, art and sculpture in Herefordshire and the central part of the Welsh Marches.

Much of Hereford Cathedral was rebuilt in this period, giving the fabric of the church its present rich Gothic look. A splendid new side aisle was built at Leominster Priory, and gloriously adorned aisles and side chapels were built at such big town churches as those at Ledbury, Ross-on-Wye and Ludlow. The three exceptional parish churches of Madley, Pembridge and Kingsland are all products of the creativity of these years. Roughly a half of all Herefordshire’s parish churches show extensive work from this, the Decorated period of architecture. In Herefordshire this was to be a golden age in the history of English Gothic. Stretching from roughly 1290 through to the Black Death and its aftermath, it saw not only the creation of some remarkable buildings but also the painting of some brilliant stained glass windows and the commissioning of some magnificent tomb monuments.

This book looks at the artistic and architectural achievement of Herefordshire Decorated, exploring its social and religious context, and asking such questions as why there was so much building, who were the patrons of building and what spurred them, how all the work was paid for, and why and when it eventually petered out. A beautifully illustrated survey, it offers a pioneering investigation of Herefordshire Decorated and will be of interest to all lovers of the medieval architectural heritage of both the county and the Welsh March.

Nigel Saul is Emeritus Professor of Medieval History, Royal Holloway, University of London, and has written extensively about medieval history and church monuments.

Enjoy a FREE lecture with the author on Thursday 8th April from 12.50pm - DECORATED IN GLORY: Church Building in Herefordshire in the Fourteenth Century, learn more here

Book price - £10 + postage and packaging (£4), scroll down to the bottom of the page to select quantity and add to basket.

Due to Covid-19 restrictions and due to book launch restrictions, we'll be posting out our first batch of orders on the week commencing 12th April. 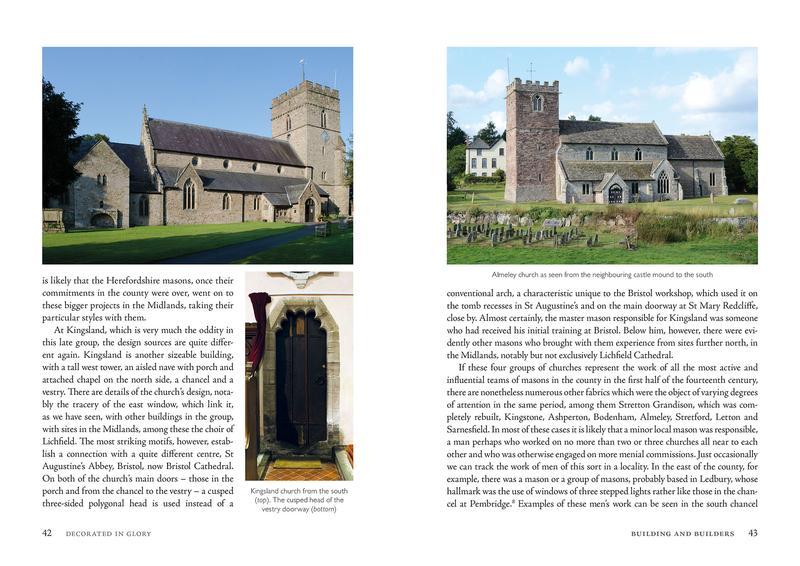