An Elephant in Rome: Bernini, The Pope and The Making of the Eternal City by Loyd Grossman (Hardcover) 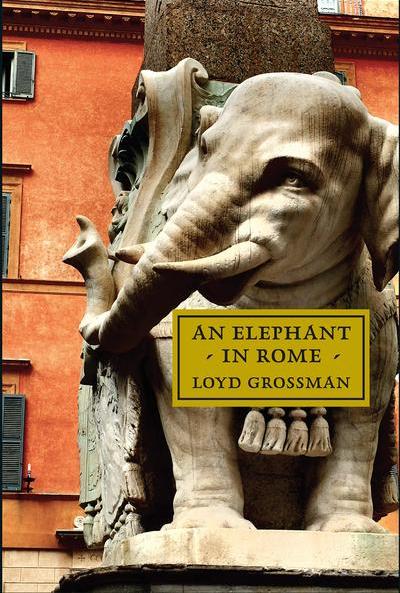 By 1650, the spiritual and political power of the Catholic Church was shattered. Thanks to the twin blows of the Protestant Reformation and the Thirty Years War, Rome, celebrated both as the Eternal City and Caput Mundi (the head of the world) had lost its pre-eminent place in Europe. Then a new Pope, Alexander VII, fired with religious zeal, political guile and a mania for building, determined to restore the prestige of his church by making Rome the must-visit destination for Europe's intellectual, political and cultural elite. To help him do so, he enlisted the talents of Gianlorenzo Bernini, already celebrated as the most important living artist: no mean feat in the age of Rubens, Rembrandt and Velazquez.

Together, Alexander VII and Bernini made the greatest artistic double act in history, inventing the concept of soft power and the bucket list destination. Bernini and Alexander's creation of Baroque Rome as a city more beautiful and grander than since the days of the Emperor Augustus continues to delight and attract.

Loyd Grossman was born in Boston and educated at Boston University, the London School of Economics and Magdalene College Cambridge. Well known as a broadcaster and entrepreneur, he has also worked in the culture and heritage fields for three decades. He has served as a Commissioner of English Heritage and of The Royal Commission on the Historical Monuments of England, Chairman of National Museums Liverpool, Chairman of the Heritage Alliance and Chairman of the Churches Conservation Trust. He is currently Chairman of The Royal Parks, Chairman of Gresham College and President of the Arts Society. He is a Fellow of the Society of Antiquaries and of the Royal Historical Society. He was appointed CBE for services to heritage. Loyd also plays guitar and has made eight appearances at Glastonbury.

Book price - £18 + postage and packaging, scroll down to the bottom of the page to select a quantity and add to basket, then choose delivery options at the checkout.

Due to Covid-19 restrictions, we'll be posting out our first batch of orders on the week commencing 14th June after Loyd's FREE lunchtime lecture on the subject of his book.